Will salute Amit Shah if he dares to roam freely in Kashmir: Iltija Mufti 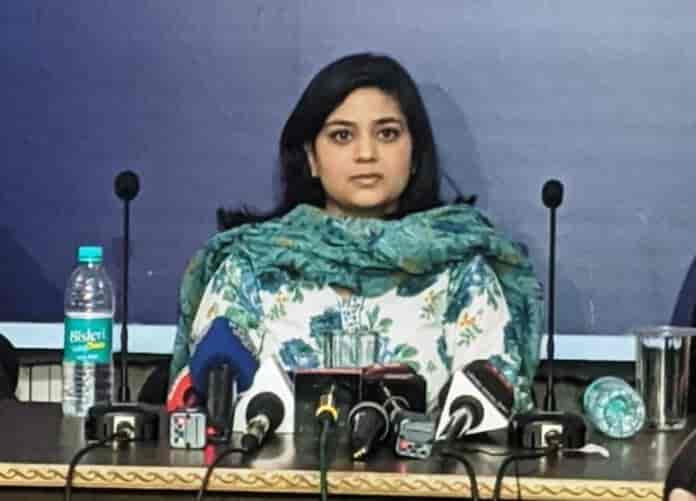 While addressing a press conference in New Delhi, Iltija said, “I will go to Kashmir and use VPN. Let them slap an FIR against me.”

All social media sites have been banned by the Jammu and Kashmir administration since 14 January and only whitelisted websites are available to access on low-speed internet.

Her mother, Mehbooba Mufti, who is the former chief minister, remains in detention since 5 August 2019, when the Centre revoked special status of the erstwhile state of Jammu and Kashmir, has been campaigning for her mother’s release and also speaking on the issues faced by people under the months long communication blackout.

“When you talk about politicians in Kashmir being discredited, you are 200 per cent right. But, that’s not something that the rest of the country should be celebrating because Kashmiris are telling the politicians, ‘Look, you sided with India and what did you guys get?’”

She added that “they are saying so because there is a sense of alienation…but they are angrier with this government. If today Amit Shah can roam about freely in the state, then I will salute him because today every Kashmiri feels that it is he who spearheaded this operation.”

On being asked if she has any political ambition, Iltija said she has not thought about it yet. “I don’t think the climate is bad only for the Kashmiris alone. But atmosphere in the entire country has become vicious. This is not the country I grew up in…I feel we are becoming a Hindu Pakistan.”

Iltija also called the Constitution as the only “holy book” that one should abide by to get through times like these. “The need of the hour is to retain what this country stands for…In today’s India where so much toxicity is being spread, there should be a single holy book which should be the Constitution, and we need to uphold the principles and values enshrined in this holy book,” she said.