‘Were beaten up’: Kashmiri students in Punjab after Ind-Pak match 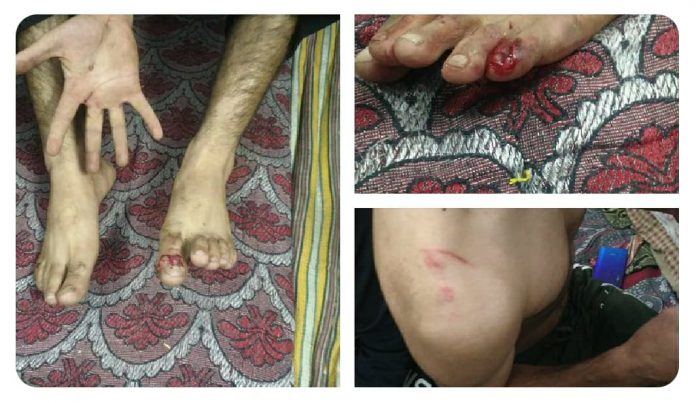 Several Kashmiri students in Punjab were beaten and their rooms ransacked on Sunday after Pakistan beat India in their first match of the T-20 World Cup.

As soon as the match ended, videos showing sloganeering and panic among students went viral on social media.

A student who witnessed the attack at an engineering college of the state said that the Kashmiri students were beaten right after culmination of the match, “Other students from Bihar and UP beat us and ransacked our rooms, we did not react otherwise it could have turned into a bigger fight, which is something we did not want,”

According to NDTV, Punjab police officials arrived at the college campus soon after and said that situation at Bhai Gurdas Institute of Engineering and Technology was brought under control

Another student who studies in Mohali college said that right after the match some people started scaring and abusing us, “Some of us (Kashmiris) were beaten too. It was very scary,” he said.

“It is distressing to hear about the incidents of physical & verbal assault against some Kashmiri students in a college in Punjab last night. I request @CHARANJITCHANNI ji to direct @PunjabPoliceInd to look in to this & also to reassure the students studying in Punjab,” Abdullah tweeted.

Previous article‘Kashmir is a dire picture of acute repression’: APHC condemns killing of civilian
Next articleNC, PDP clueless about its councilors meeting with Home Minister