War with China can’t be ruled out: CDS Rawat 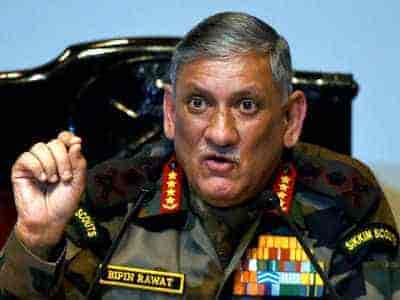 India Chief of Defence Staff General Bipin Rawat on Friday said a war with China cannot be ruled out, adding that situation at the Line of Actual Control in eastern Ladakh remains tense.

His statement came amid an ongoing military talk between India and China at Chushul of Friday. He was speaking at Diamond Jubilee Webinar, 2020 organised by National Defence College in Delhi.

However, the CDS also pointed out that India’s posturing is unambiguous and she “will not accept any shift in Line of Actual Control”.

He also said that China’s People’s Liberation Army is facing unanticipated consequences for its misadventure into Ladakh because of firm responses by Indian forces.

The military level talks underway since 9.30 a.m. were the eighth round.