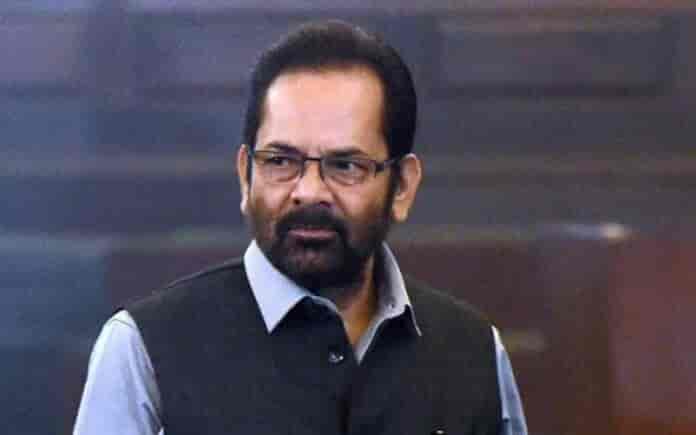 Waqf Boards will soon be established in Jammu and Kashmir and Ladakh, and the process for it has already started, Minority Affairs Minister Mukhtar Abbas Naqvi said on Friday, reported Press Trust of India.

After chairing a Central Waqf Council meeting, Naqvi in a statement said that Waqf Boards will be established in the Jammu-Kashmir and the Leh-Kargil areas for the first time since Independence.

“It has become possible to do so only after the revocation of Article 370,” he said and added that the Waqf Boards in Jammu and Kashmir and Ladakh will ensure proper utilisation of Waqf properties for the welfare of society.

The central government will provide adequate financial assistance to construct infrastructure for socio-economic and educational activities on Waqf properties in the Union Territories under the ‘Pradhan Mantri Jan Vikas Karykram (PMJVK)’, Naqvi said.

There are thousands of Waqf properties in the Jammu-Kashmir and the Leh-Kargil areas, and the process has been started to register them, he said in the statement.

Digitisation, geo-tagging or GPS mapping of these Waqf properties has also been initiated and the work will be completed soon, the minister said.

In Friday’s meeting, while taking serious note of bungling and encroachment of Waqf properties by “Waqf mafias” in several states, state governments were asked to take strict action in such cases, Naqvi said.

He said that a team of the Central Waqf Council will visit these states in this regard.

These basic infrastructure will ensure quality education for the needy and employment opportunities to the youths, he said.
Naqvi said that while only 90 districts of the country had been identified for minority communities’ development earlier, the Modi government has expanded development programmes for minorities in 308 districts, 870 blocks, 331 towns and thousands of the villages.

The minority affairs minister said that about 6,64,000 registered Waqf properties are there across the country and digitisation of all the state Waqf boards has been completed.

Previous articleWeather to remain erratic for next week in Kashmir: IMD
Next articleSouth Kashmir village protests against PDD for power cuts