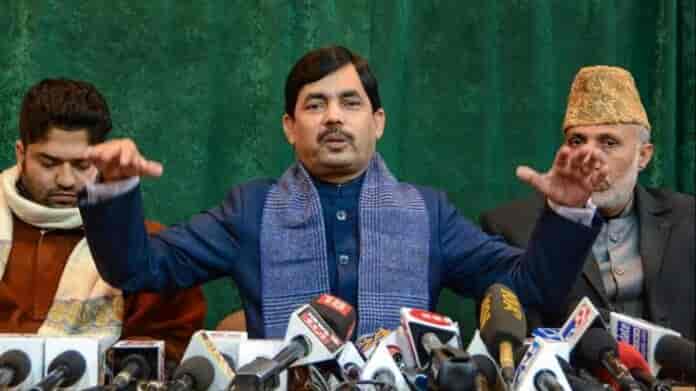 Adressing a press conference in Srinagar, he said people have shown their faith and trust in the democracy of the country.

“It is a collective and moral victory of people by participating actively in the elections. It would further strengthen
Kashmirat, Jamooriyat and Insaniyat,” Hussain said.

He said people have sent strong message to “anti-national” elements who had some other intentions. Adding that they are frustrated now by seeing brisk polling during elections.

The senior leader said political parties will come and go but it is the democracy that remains on the ground.

“It is a fact that despite pressure from various quarters people came out in huge numbers and elected their representatives,” Hussain said.

Hussain asserted that “Gupkar Gang” along with their agents spread negative propaganda and tried to mislead people by showing “green gardens but that didn’t last for too long”.

“They created fear and panic among people by saying that if they will vote during elections they will be targeted by bullets and grenades but people have sent a clear message to the world as they believe in Indian democracy,” he said.

“On the ground, there was a lot of enthusiasm among the people and they have sent a strong replies to them. It was for the first people came out in bulk numbers as they were terrified during the past 7 decades,” he said.

Hussain said people have rejected dynastic politics and challenged it by strengthening grass root democracy in the region. “They want change and see the development,” he said.

While appreciating Election Commission, Jammu, and Kashmir Police and other security agencies for helping in conducting peaceful elections in the Union Territory, he said,  “They played crucial role during the elections and from South to North Kashmir security grid was active. The ill attepts of anti-national elements were defeated,”

Hussain added the party is committed to development and people will see the dawn of development in upcoming years.

Previous articleNew “out of control” COVID-19 strain could be 70 percent more transmissible
Next article“Politics has ended our marriage”: BJP MP says will divorce wife who joined Trinamool