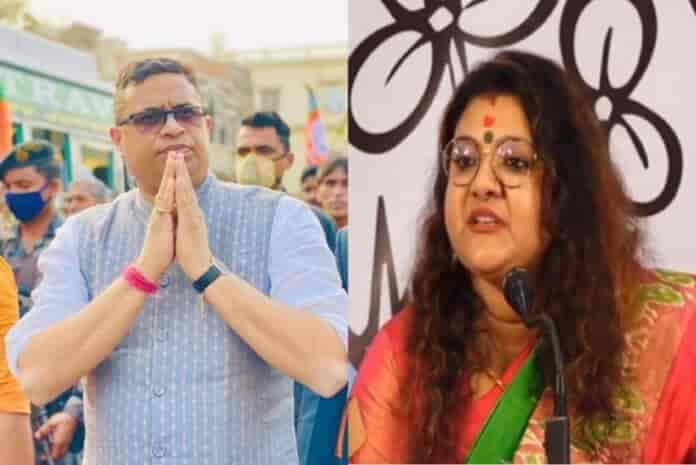 A member of parliament of Bharatiya Janta Party (BJP) said he would file for a divorce after his wife joined West Bengal Chief Minister Mamata Banerjee’s Trinamool Congress.

Saumitra Khan, a former Trinamool leader, won the 2014 parliamentary election from the Bishnupur constituency and is chief of BJP’s youth wing Yuva Morcha. His wife Sujata was credited with his win in last year’s national election when he was barred by a court from entering his constituency as a condition for bail in a criminal case. She ran his campaign single-handedly and he won.

Sujata Khan was also a BJP member and even shared the stage with Prime Minister Narendra Modi while campaigning. She claimed she did not get acknowledgement in the BJP though she took many risks to ensure her husband’s win.

“I want to breathe. I want respect. I want to be an able leader of an able party. I want to work with my beloved Didi,” the former teacher told reporters. She complained that “newly inducted, misfit and corrupt leaders”  were getting more importance in the BJP – an allusion to the Trinamool rebels who have recently joined the BJP.

“Despite enduring physical attacks, sacrificing so much to get my husband elected to Parliament, I got nothing in return,” she alleged

Saumitra Khan, holding a separate press conference, broke down. “A 10-year relationship has ended because of politics. I will now work harder for the BJP,” he said, emphasizing that he was not about to follow his wife to the Trinamool as speculated.

Sujata Khan told NDTV her family and politics was separate and it was up to her husband to decide what he wanted to do. “I hope he will realise one day… Who knows he might be back in the Trinamool one day,” she replied when asked how he felt about her move.