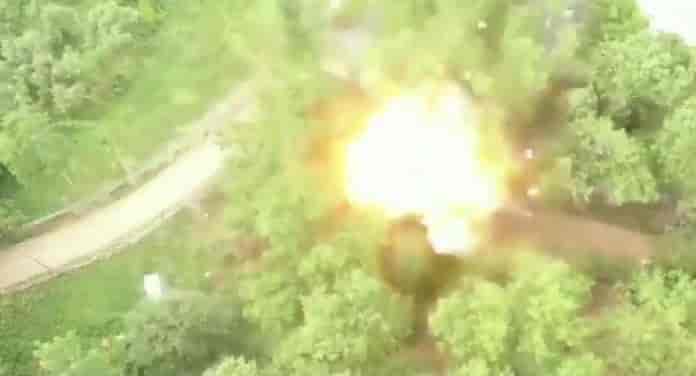 Srinagar: A day after the police claimed to have averted a vehicle-borne militant attack in Pulwama, south Kashmir, it has identified the owner of the Hyundai Santro, who is an active militant of Hizbul Mujahideen (HM) from Shopian district.

“The Santro car which was used for IED belongs to Hidayatullah Malik, an active Hizbul Mujahideen militant who is a resident of Sharatpora Shopian,” a senior police official told a local news agency, Global News Agency. “He had joined militant ranks in July last year.”

Yesterday, addressing the press, Inspector General of Police, Vijay Kumar, had said that a major incident of a “vehicle-borne IED blast”, similar to 2019 Pulwama-type attack, was averted by timely detection of the car fitted with “40-45 kilograms of explosives” in Rajpora village of Pulwama district.

He added that the police were receiving inputs since a week that the HM and Jaish-affiliated militants were planning a suicidal strike against the government forces using a car bomb. “When the input matured on Wednesday, we developed it and nakas were placed in Pulwama,” he said.

On Wednesday evening, as the IGP told, the suspected car reached a checkpoint, and the joint team of forces fired some warning shots. However, the militant turned the car away and fled. Although, on the next checkpoint, the forces again fired some warning shots and the militant fled from the spot in the darkness, leaving the car behind, near Ayengund.

On Thursday morning, a bomb disposal squad reached the spot and later diffused the IED in the vehicle “in a technical way,” the IGP said. (With inputs from GNS)