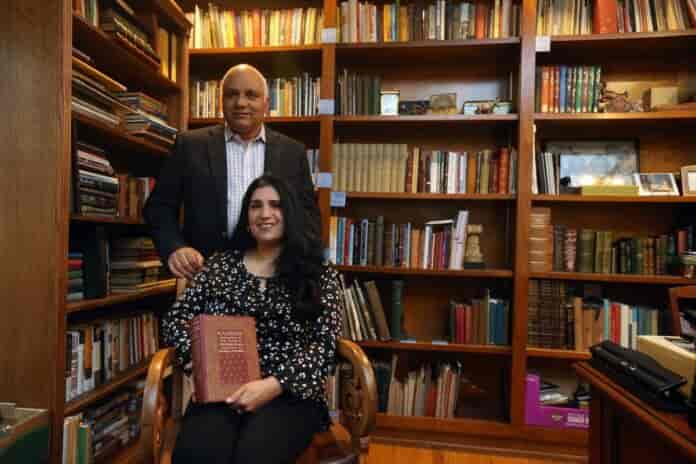 A Kashmiri doctor is hoping to share his treasured collection of books and art with the millions of annual visitors to Niagara Falls, Buffalo News reported.

Dr. Khurshid Guru and his wife, Dr. Lubna Guru, are leading an effort to create a new museum of Kashmiri art and culture in Western New York, to highlight diversity and especially the history and peaceful traditions of a central Asian region.

They’re counting on not only drawing visitors from the Buffalo Niagara region and a larger area within driving distance, but particularly from the hordes of tourists that flock to Niagara Falls every year – many from Asia.

They also hope to build on the city’s other cultural attractions, including the Niagara Aerospace Museum, the Niagara Falls Underground Railroad Heritage Center and Aquarium of Niagara.

“It’s adding momentum and velocity to where it now slowly starts to look like an arts city, if everything goes in favor,” Mr.Guru said.
The medical duo – he’s a surgeon at Roswell Park Comprehensive Cancer Center, while she is an adolescent and pediatric doctor in Lockport – has spent years assembling a collection of more than 1,500 books, paintings, prints and other artifacts related to Kashmir.

Valued at about $2 million, it is potentially the largest such collection outside of Kashmir itself – including the biggest assortment of books on the region aside from what might be in the British Museum or the Library of Congress,  Mr. Guru said.

“It’s a decent collection to a level that you could create a nice little museum,” Mr. Guru said.

He and his wife for years have sought to create a nonprofit museum that would act as a draw for patrons to learn more about Kashmir. As equally proud residents of East Amherst since 2005, they’ve not only settled on Western New York as home but also as the base of their venture.