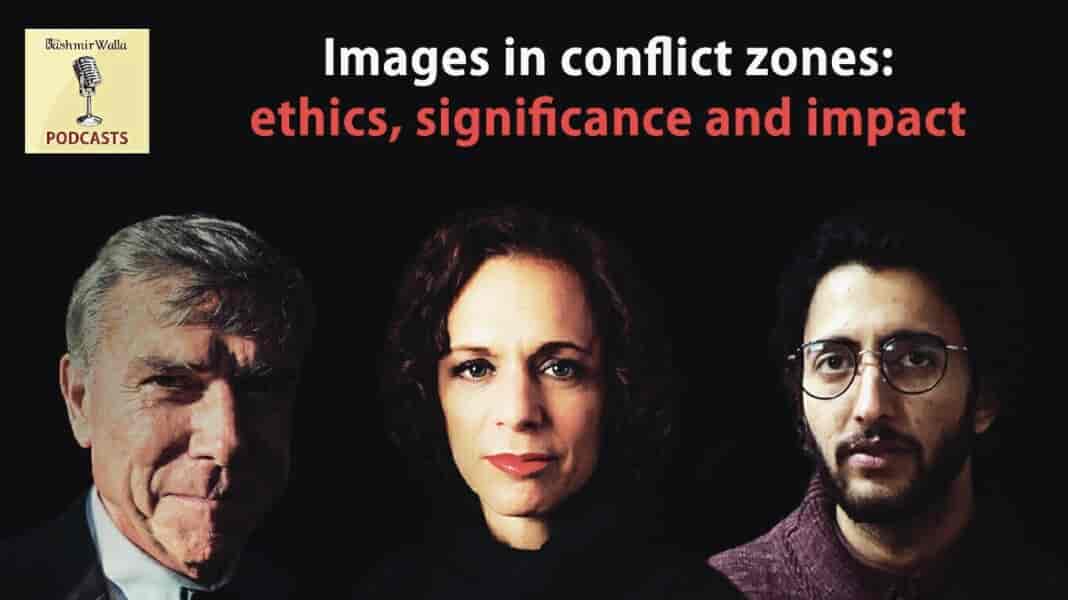 This week a civilian was killed when militants attacked a paramilitary forces’ personnel in north Kashmir’s Sopore area. Police accused the militants of shooting him but his family claimed he was dragged out of his vehicle and shot dead. Within a few minutes after his killing, photographs of his three-year-old grandson, sitting on his grandfather’s corpse, went viral. But no one confirmed who clicked the photograph. Another photograph of a police officer holding the child in his lap and claiming he was rescued was shared by official police handle on Twitter. As the outrage on the photograph, claimed by people as staged by the government forces, rose, questions were raised whether sharing child’s photograph was insensitive or not.

In this week’s podcast, The Kashmir Walla editor-in-chief, Fahad Shah, discusses this issue and journalism in conflict zones with two guests: Judith Matloff and Robert Nickelsberg.

Judith Matloff teaches crisis reporting at Columbia’s Graduate School of Journalism in New York and has covered stories including Rwanda’s genocide, apartheid and the rise of Vladimir Putin. She is the author of How to Drag a Body and Other Safety Tips You Hope to Never Need, No Friends but the Mountains, Fragments of a Forgotten War, and Home Girl. More at www.judithmatloff.com

Robert Nickelsberg, who worked as a TIME magazine contract photographer for nearly thirty years specializing in
political and cultural change in developing countries. He is the author of Afghanistan-A Distant War (2013) and Afghanistan’s Heritage – Restoring Spirit and Stone (2018). More at www.robertnickelsberg.com

Ganges to Jhelum: A journey into a different world

Is Kashmir’s healthcare infrastructure equipped to deal with cardiac arrest?