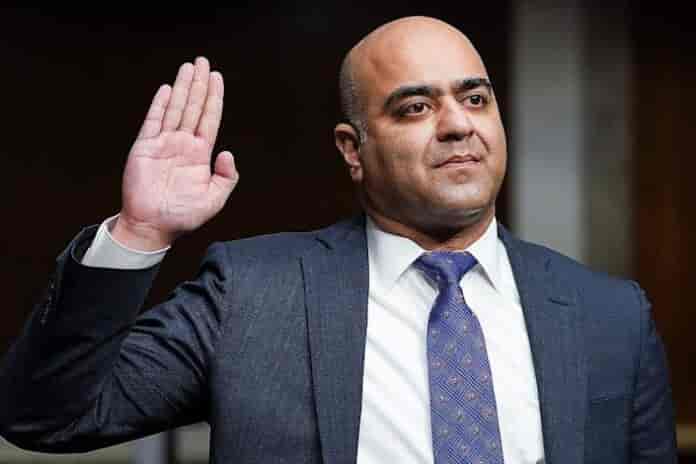 Zahid Quraishi has been appointed as the first Muslim American federal judge in the United States.

The historic confirmation is eliciting mixed emotions from the Muslim community.

The Rutgers law school graduate was nominated by Joe Biden and confirmed by the Senate on Thursday in an 81-16 vote. But Quraishi’s work with Immigration and Customs Enforcement (Ice) during the Bush administration and his role in the Iraq war has garnered criticism too.

In a statement released earlier in April, the Council on American Islamic Relations, a Muslim civil rights advocacy group, voiced concerns about Quraishi’s professional past.

“Cair remains concerned about the lack of clarity over Judge Quraishi’s past professional experiences in serving with the army in providing legal advice about detentions in Iraq during a time of US military abuse and his tenure at Ice during the last year of the Bush administration,” Cair’s government affairs department director, Robert McCaw, told the Guardian.

“Neither Judge Quraishi, the White House, or Congress addressed these prior work experiences nor did they publicly vet him on them. Cair continues to call on Quraishi to clarify his past professional experiences and in the meantime, we expect him to fulfill the duties of a judge by upholding the rights of all American citizens, including Muslims.”

The son of Pakistani immigrants, Quraishi was born in New York City and raised in New Jersey. After graduating law school, Quraishi was twice deployed to Iraq in 2004 and 2006 where he was a military prosecutor and earned the rank of captain.

During his stint in the US army, Quraishi also served as a legal adviser for detention operations – a controversial position he has yet to publicly clarify. Quraishi went on to work for Ice during the Bush administration, provoking the ire of leftwing activists and Muslim organizations.