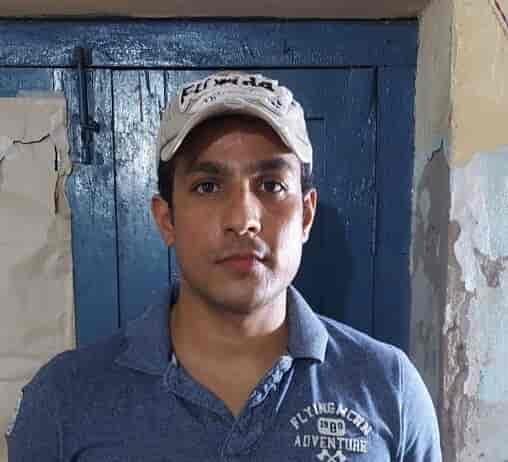 In a major success, Jammu police here has identified, traced and arrested prime accused of 2015 Hazaribagh court shootout incident in which an under trial gangster Sushil Shrivastav and his two members were killed.

In a statement, the police said that the accused was hired by members of a rival gang for his sharp shooting skills and was paid hefty amount to carry out this attack alongwith one more sharp shooter.

Accused who has now been identified and arrested by Jammu police had attained voluntarily retirement from army after carrying out shootout in the court premises, they said.

Sharing details, Senior Superintendent of Police Jammu, Chandan Kohli said that a specific information was received by Jammu police a few days back after which a team headed by SHO RS Pura Jai Pal Sharma and SDPO RS Pura Shabir Khan under the supervision of AdSP Jammu Ramnish Gupta launched an operation in RS Pura area of Jammu whereby a man identified as Avtar Singh son of Naseeb Singh resident of Udhampur was intercepted for his suspicious identity and a suspicious bullet injury on foot.

During questioning, he initially shared no valuable information but on sustained questioning, accused started to spill beans and confessed that he was involved in Hazaribagh court shootout case where he had received bullet injury but managed hide his identity even during police investigation, he said.

During questioning, accused said that in 2015, he was serving in army when some people approached him and offered a hefty amount to eliminate Sushil Srivastava after which they hatched a conspiracy and well planned incident of shootout was carried in Hazaribagh court complex with an AK assault rifle in which Sushil and two more men were eliminated, he added.

He said to have escaped court complex after shootout but received a bullet in foot in retaliation by police but he succeeded to keep his identity hidden from everyone and was away from police investigation.

After this shootout, he was paid a hefty amount by the people who hatched conspiracy of this incident and later he went on voluntary retirement from army services and was living life away from everyone’s eyes untill Jammu police developed some information and managed to trace and arrest the prime accused and sharp shooter of this sensational shootout case, he said.

One more shooter hired for this shootout carried under gang war is yet to be arrested and his manhunt is going on.

SSP Jammu, Chandan Kohli said that Jharkhand police was informed about this arrest after which a team of police from Jharkhand reached Jammu and took the custody of accused who is now being taken to Jharkhand for further legal formalities and continuation of investigation of case, he added (GNS)