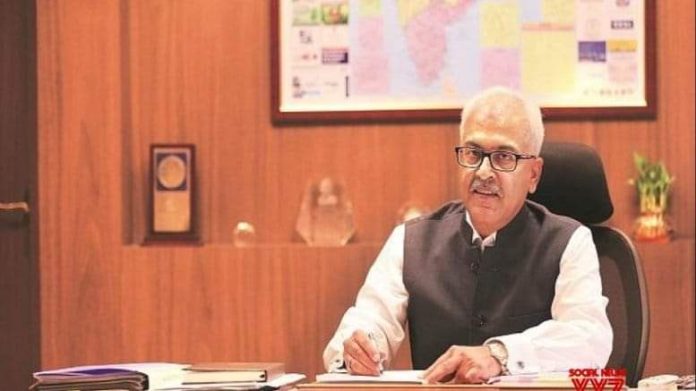 Apart from the Chief Secretary, Director General of Police, CID Chief of Jammu and Kashmir, the DGs of Border Security Force and Central Reserve Police Force and officials from the Intelligence Bureau were present in the meeting.

During the meeting the security situation of the Union Territory was discussed in detail with all stakeholders, an official in the Home Ministry said.

He also said that Bhalla reviewed the working of the new integrated security network in J-K to stop infiltration and civilian killings in the Valley.

The issue of killing of two businessmen who were allegedly helping militant outfits in Hyderpora, Srinagar on Monday evening was also discussed in the meeting as this raised a controversy in the Valley, a source in the Ministry said.

Union Home Minister Amit Shah, during his recent visit to the Union Territory in October, had asked the security forces to set up integrated security grids along the international border to stop infiltration in both Jammu and Kashmir sectors.

Two days ahead of the annual DGPs and IGPs conference being held in Lucknow from October 19, this meeting gains significance as the security situation in the UT would be on the agenda of the national level security conference.

The security situation in J-K has been tightened after the spate of civilian killings in the last one month.

Under the new security arrangements, the Union Home Ministry has roped in officials from Intelligence agency, National Investigation Agency (NIA) and central forces who have earlier worked in the Valley to nab these hybrid militants, besides the technical surveillances and intercepting chats of militant groups.

Shah, during a high level meeting in Srinagar had instructed all security forces to take all possible action to stop infiltration and civilians killed by the hybrid militants.