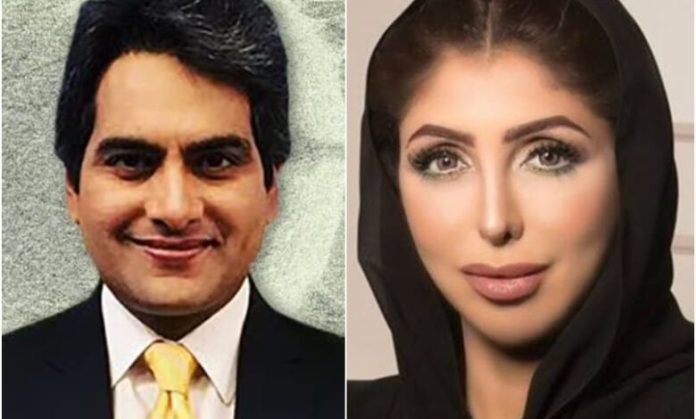 UAE princess Hend bint Faisal Al Qasim has lashed out at an organiser for inviting Zee News anchor Sudhir Chaudhary to her country blaming him for “promoting Islamophobia” through his TV broadcasts.

Addressing Chaudhary as a ‘terrorist,’ the UAE princess reminded the organiser how the controversial TV anchor had been routinely defaming Islam and its followers.

In her subsequent social media post, she tweeted, “In 2019 & 2020, Sudhir Chaudhry ran shows on Zee News where he spewed venom against Muslims for leading anti-citizenship protests. He ran fake stories, targeting Muslim students and women for leading the citizenship protest in Shaheen Bagh, New Delhi & other parts of the country.”

She asked the organiser, the Indian Charter Accountants Association’s Abu Dhabi chapter, why they were ‘bringing an Islamophobe and hater to my peaceful country?’

She wrote, “Sudhir Chaudhary is a Hindu rightwing anchor known for his deeply Islamophobic shows that target India’s 200 million Muslims. Many of his prime time shows have directly contributed to real world violence against Muslims across the country.”

She tagged Institute of Chartered Accountants of India to ask, “Why are you bringing an intolerant terrorist to the UAE?!”

Chaudhary has been at the forefront of Indian TV anchors, often referred to as lapdogs or TV criminals, in fuelling hatred against Muslims in India. He had led a campaign to defame Indian Muslims by blaming them for spreading coronavirus in 2020. Several Indian high courts later concluded that blaming the members of the Tablighi Jamaat for the spread of the virus was part of propaganda. (KNT)