Trump shares video of himself as ‘Baahubali’, a day before his India visit 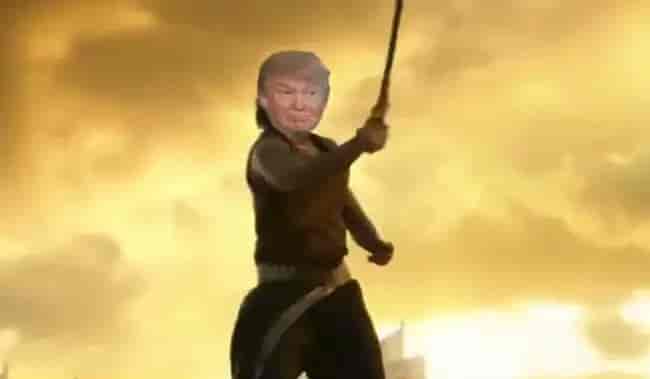 Hours before he departs for his much-anticipated visit to India, US President Donald Trump while tweeting a morphed video made on him by a meme handle said he is looking forward to being with his “great friends” in the country.

“Look so forward to being with my great friends in INDIA!,” Trump remarked while retweeting a morphed clip of an Indian movie–Baahubali.

In the clip shared by unverified Twitter account Sol, POTUS’ face was superimposed on that of the protagonist of the movie played by actor Prabhas.

The US President will reach Gujarat’s Ahmedabad by noon on Monday and is slated to address a mammoth crowd of more than 100,000 people which is expected to turn up for an event at the Motera Stadium in Ahmedabad on the lines of the ‘Howdy Modi’ function that was addressed by the US President and Prime Minister Narendra Modi in Houston in September last year.

The President is also likely to visit the Gandhi Ashram in Sabarmati.