Top leadership of Jaish, Hizb in Kashmir wiped out: Army 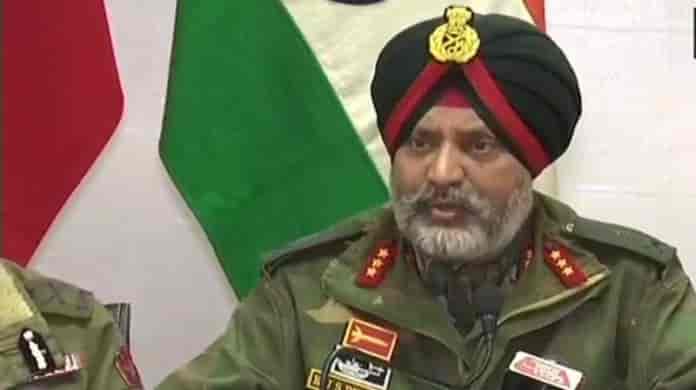 Srinagar: The top leadership of militant outfits Hizbul Mujahideen and Jaish-e-Mohammed  have been eliminated, a senior Army commander has said.

Lt Gen KJS Dhillon said: “Pakistani terrorists were coming and they were trying to revive Jaish, but Jaish has now been cleaned out yet again once for all as of today.”

He said the top leadership of Hizbul was also wiped out from Kashmir valley.

“As of today, most of the leadership of terrorism in Kashmir, including Pakistani terrorists, is more or less eliminated,” the Lt. General said.

Lt. General Dhillon and Inspector General of Police, Kashmir, Vijay Kumar said the outfit was planning a major attack on the Republic Day which has now been foiled.