Laws too have been ‘communalised’: Mehbooba 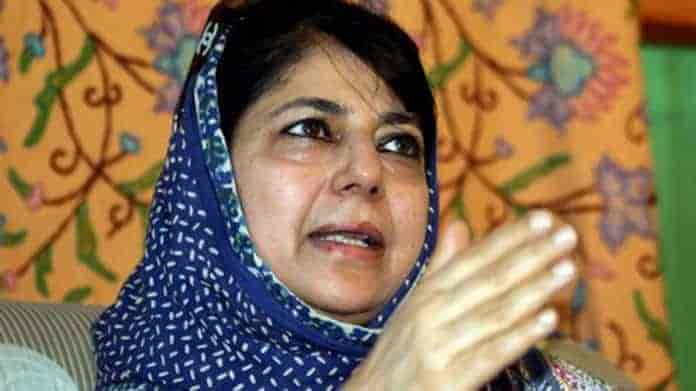 Taking to twitter Mehbooba said: “There is a different set of laws applicable to J-K vis a vis rest of India. Radicalised groups openly calling for genocide of muslims are roaming free while Kashmiri journalists shining a light on state sponsored human rights violations are jailed. Laws too have been communalised.”

Sajad Gul, a journalism student who has been contributing to various publications and had recently joined The Kashmir Walla as a trainee reporter, was charged under 120B (party to criminal conspiracy), 153B (imputations, assertions prejudicial to national integration), and 505B (fear or alarm to the public) sections of the Indian Penal Code (IPC).

He had posted a video of the protest against the killing of Salim Parray, a Lashkar-e-Taiba (LeT) commander.

Parray was killed on 3 January in a gunfight in Harwan, Srinagar.