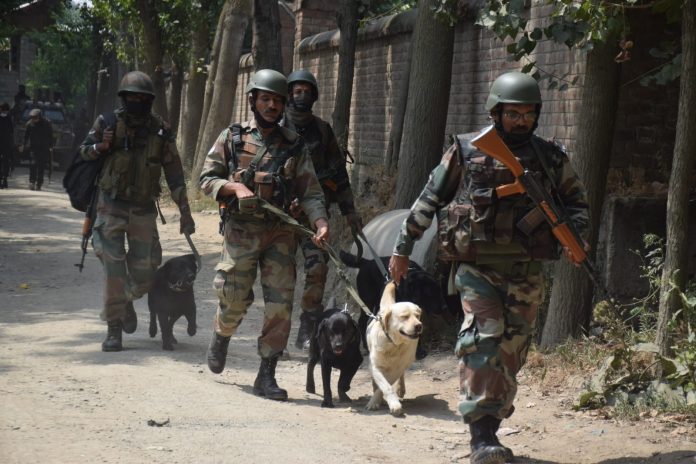 A gunfight is underway between government forces and militants in central Kashmir’s Budgam district, police said on Wednesday.

Police said that a joint team of Police, Army, and CRPF after receiving information about the presence of militants launched a search operation in the area.

As the joint team of forces intensified searches towards the suspected spot, the militants fired at the party, which was retaliated, triggering a gunfight.