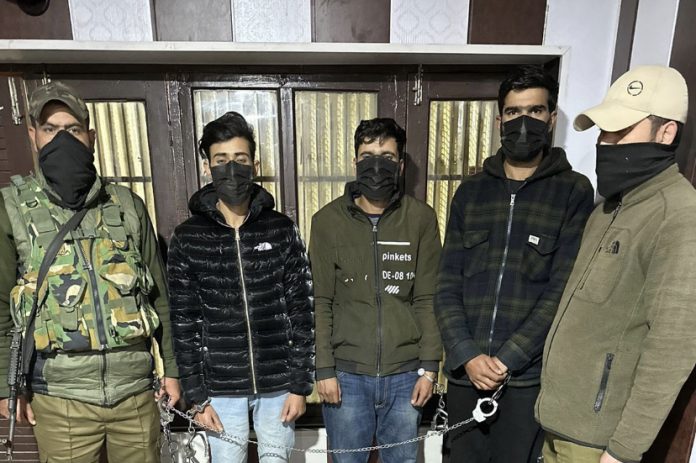 Three hybrid militants have been arrested in Srinagar’s Rangreth area by Bomb Disposal Squad (BDS) on Tuesday, the police said.

They further said that a case has been “registered under relevant sections of UAPA, Arms act and Explosives act”.