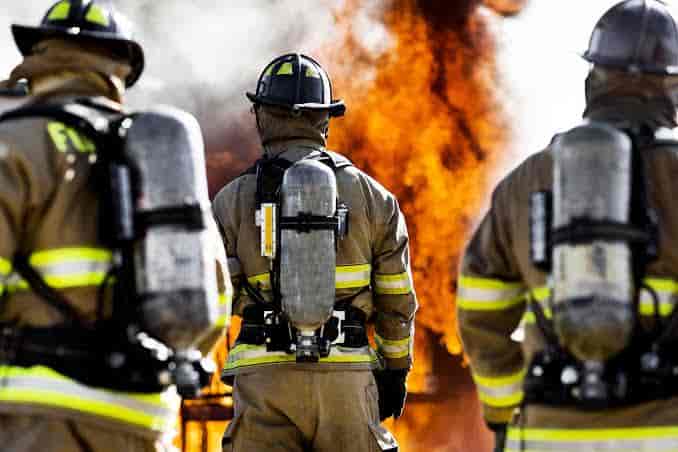 Srinagar: Three firefighters were charred to death while six others including three firefighters and three civilians sustained injuries in a massive blaze that broke out in a building in Talab Tillo area of Jammu region.

Officials said that a massive fire broke out from a three-story building in the wee hours of Wednesday morning at around 3 AM.

They said three civilians had got stuck inside the building when fire broke out, adding that the civilians who sustained fire injuries were evacuated from the building.

Officials further added that the fire tenders rushed to the spot to douse the fire, saying that soon after the fire men entered into house, the building got collapsed and six among the fire men came under the debris while three among them were evacuated and shifted to hospital for treatment. They further added that the bodies of three firemen were also recovered later from the debris. (KNO)