The curious world of Kashmir’s birdwatchers 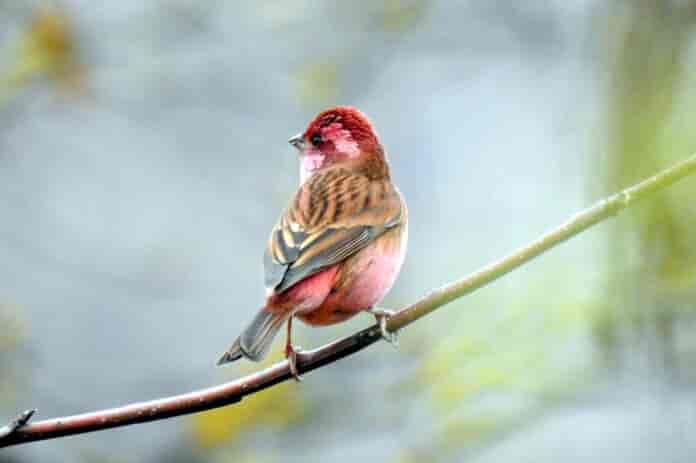 Irfan Jeelani, a Kashmiri wildlife enthusiast from Ganderbal in central Kashmir, was peeking through his camera last October when his eyes caught an unusually large bird. It stretched out its wings luxuriously as it cruised over the Wular Lake in Bandipora.

Familiar with Kashmir’s diverse wildlife, Jeelani was taken aback for a moment. He had never seen anything like it before. Given its atypical size and coloration, it took a while before he could identify the bird.

He was beholding a White-tailed eagle, a bird of prey that’s found across cold-swept climes of northern Asia and Europe but seen very rarely in the Indian subcontinent. It’s last recorded sighting in Kashmir dates back to the year 1907, almost 113 years ago, when a European traveler Alexander Ward mentioned the bird in The Journal of the Bombay Natural History Society (1906-08).

Jeelani was the first to produce a sharp photograph, establishing the only documentary evidence available that confirms its presence in Kashmir. He uploaded the picture on a Facebook group – Birds of Kashmir – where the news about its fresh sighting reached his fellow birders, sparking both the scramble and excitement for repeating the discovery.

As several other aspects of life in Kashmir take a beating in wake of abrogation of the region’s limited autonomy and due to subsequent internet shutdowns, Kashmir’s wildlife explorers, birders, and naturalists are leveraging social media as a force multiplier not only to popularise bird exploration as a new social trend but also to generate employment opportunities.

In doing so, these birders are ending up charting unexplored corners of Kashmir’s forests, meadows, and mountains; feeding their resourceful database about the region’s bird diversity with further evidence of the presence of bird species previously unheard of.

The Facebook groups like Birds of Kashmir, Kashmir Birdwatch, and Kashmir Birdlife are minefields of similar breathtaking discoveries. A casual scroll through the timelines of these groups reveals the astounding frontiers to which the birders in Kashmir have already traversed. There are snaps of barn owls, buzzards, bullfinches, sparrow-hawks, falcons, harriers, thrushes, vultures, terns, and also the rare Kashmir nuthatches.

All these groups have thousands of members. In fact, one group created in 2020 has already racked up around 4,000 members in less than a year, suggesting the heightening interest in birding and wildlife exploration in Kashmir. These platforms don’t merely exist in the virtual world but act as vehicles for accelerating the trend of wildlife exploration in the Valley manifesting in an increasing number of field trips to conservation reserves, expeditions, trekking, and wildlife census. Besides they’re also very important reservoirs of wildlife databases where every member participates in the meticulous record-keeping exercise.

“It actually started way back in 2004,” said Intesar Suhail, wildlife warden from south Kashmir’s Shopian who also co-administers the Facebook group Kashmir Birdwatch that has the largest membership among all these groups. “Some like-minded people came together to foster a tradition of birding.”

Suhail and a couple of other bird-watchers would initially organise tours to marshes near Indira Nagar locality of Srinagar city. “At the beginning, people could hardly identify a sparrow,” he said, “but slowly as we advanced in this, there was a radical change.”

With Facebook’s advent, the explorers began shifting into a new realm that amplified their reach in unprecedented ways. “There was a group called Kashmir Birdlife where one of my colleagues first tagged me. Slowly more and more people began joining it and as it became more formalized, its name was changed to Kashmir Birdwatch,” he said.

As users across Kashmir encountered newer varieties of birds and uploaded their pictures in the group to inquire about their names and their rarity (or lack thereof), the interest began to soar. “Today the group has more than nine thousand members.”

At Kashmir Birdwatch, Suhail and fellow wildlife explorers coordinated field visits and organized expeditions which helped them attract more enthusiasts. In 2017, they claimed their first significant achievement when Springer published a booklet featuring field notes, pictures and checklists authored by volunteers of the group.

Kashmir Birdwatch has since become a springboard of sorts for other similar platforms to emerge. Since the members hail from different parts of Kashmir, the timelines of these groups have turned into inventories of daily bird sightings reported by them. Side by side, reports about animal rights violations are also being reported in unprecedented ways.

One incident took place recently when two rare Tundra swans, who were reported to have come to Kashmir after sixty years, were killed by the poachers near Hygam wetland in Sopore. “These swans breed in Siberia and migrate to parts of Central Asia during winters. Normally their journey ends in Iran. It’s very rare that they cross over into Kashmir,” said Suhail, “but this year we got the reports that four such swans had arrived in Kashmir through Khyber Pakhtunkhwa in Pakistan.”

After the news about poaching spread, these groups turned abuzz with the discourse of activism. “Some members are really very dedicated naturalists and we are contemplating raising a group of volunteers who will keep an eye out on poachers in their respective areas,” said Suhail.

These birding groups boast of hundreds of bird sightings, confirming the presence of at least 580 bird species in Kashmir along with their locations and high-resolution images.

Such an elaborate checklist has never been compiled in Kashmir before. In fact, just until a few years ago, there were hardly such clear images of rare species like Kashmir flycatcher, White-tailed eagle, or Great Barbet. The birders in these groups have succeeded in discovering species that are not even mentioned in The Vale of Kashmir, an encyclopedic tome on Kashmir Valley’s politics and geography written by Walter Lawrence, a British settlement commissioner in the year 1895.

Suhail’s son, for example, produced rare photographic evidence of Horned Lark which is common in Ladakh but is almost unseen in Kashmir valley. Similarly, other members have been able to obtain pictures of Little Bunting, Greater white-fronted goose, and Bar-headed goose that were previously never photographed in Kashmir.

Another birder Sheikh Harris recently took shots of Osprey near Dal Lake. “Osprey has been frequently sighted in Jammu but never in Kashmir,” he said. Harris, who administers Kashmir Bird Life, has recorded the presence of more than 150 species in Zabarwan area of Srinagar alone. Earlier this month, two birders from these groups also photographed Pallas’s rosefinch and Yellowhammer – none of whose sightings have been previously recorded in India, let alone in Kashmir.

This way their checklist forms a fresh baseline on which tomorrow’s bird enthusiasts can draw.

Apart from serving recreational purposes, the increasing engagement with bird groups on social media has also prompted many enthusiasts to venture into the business of selling birding merchandise. Last month, Jagjit Singh, a Srinagar-based businessman, opened Nature’s Stop, the first such store in Kashmir that sells bird feeders and colorful birdhouses.

Driven into depression over his declining restaurant business due to two back to back lockdowns, Singh was motivated to switch into a different domain after he saw a surging interest in bird photography and wildlife expeditions in Kashmir.

“My interest in the birding began to soar in March just after the lockdown,” Singh said. “I asked my daughter to lend me her camera and then I also started taking pictures of the birds visiting our house.” Singh has photographed nearly forty different species around his neighborhood alone. Recently, he uploaded videos of Eurasian goldfinches which are not very commonly found within the precincts of Srinagar city.

To attract more birds towards his home, he purchased a few feeders. “Later people began approaching me asking where they could get similar feeders,” he said. “It was this enthusiasm that prompted me to open a similar shop of my own.”

Likewise, Jeelani facilitated an expedition trip of top birders of the Indian subcontinent into Kashmir last month. “Twelve birders came this year and they had very good sightings. We are now getting queries to organize many more such trips,” he said.

These expeditions also allow for many educated unemployed youths to find career opportunities because non-local birders need local bird guides. As the memberships of these groups swell, more youth are drawn into this nascent form of economy. “A number of birders across India have also expressed personal interest to come here. All this holds great potential for boosting eco-tourism in Kashmir,” Jeelani said.

Previous articleSnowfall likely by the end of this week in Kashmir: MeT
Next articleTwo teenagers injured during scuffle in Srinagar, one critical