Bodies of civilians killed in Hyderpora exhumed, to be handed over to families 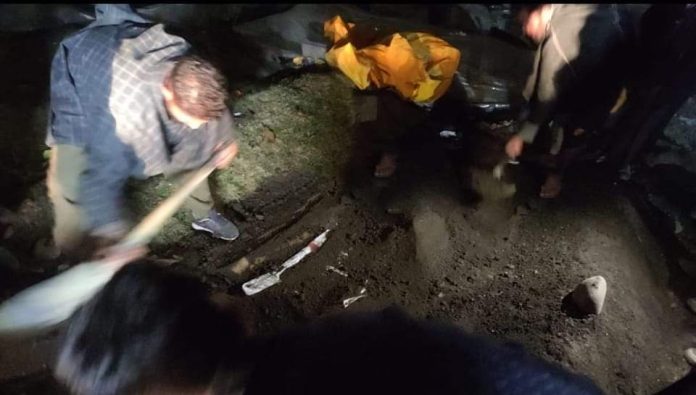 Srinagar: Amid outcry, authorities on Thursday evening exhumed bodies of two residents—Mohammad Altaf Bhat and Dr Mudassir Gul—from a graveyard at Wadder Zachaldara Handwara where they were buried along with two other persons who were killed in the ‘gunfight’ at Hyderpora here on Monday.

Official sources said that bodies were exhumed under the supervision of Tehsildar Handwara in presence a team of doctors. They said the bodies are being sent to Srinagar for handing over same to the families.

Sources said that families have been asked to limit the funeral to few people only. Also restrictions have been imposed in the area to prevent “law and order”. (GNS)