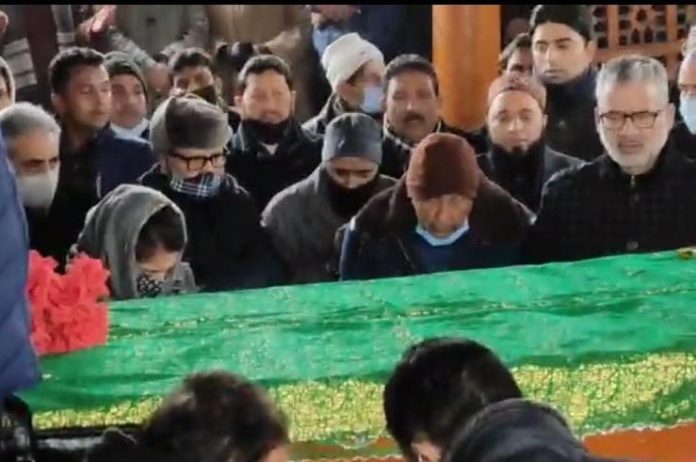 Executive Magistrate 1st Class-Bijbehara in his letter to SHO Bijbehara have written that at least 10 persons from Peoples Democratic Party organised a large gathering in Bijbehara in complete violation of SOP’s and Covid appropriate behaviour which may result in spreading of Covid-19 and other related epidemic.

Meanwhile, former Chief Minister and PDP chief Mehbooba Mufti said that Covid 19 restrictions apply only to PDP not to BJP.

“Covid 19 restrictions apply only to PDP. Not to BJP’s protest in Kashmir yesterday, PMs rally in Punjab or the mass poojas attended by hundreds of people to pray for his safety. Talks volumes about J-K admin’s brazen bias against my party,” Mehbooba said in a tweet.

On the eve of 6th death anniversary of former Chief Minister Mufti Mohammad Sayed Veeri along with other party workers organised a rally on Friday in south Kashmir’s Bijbehara area of Anantnag district.