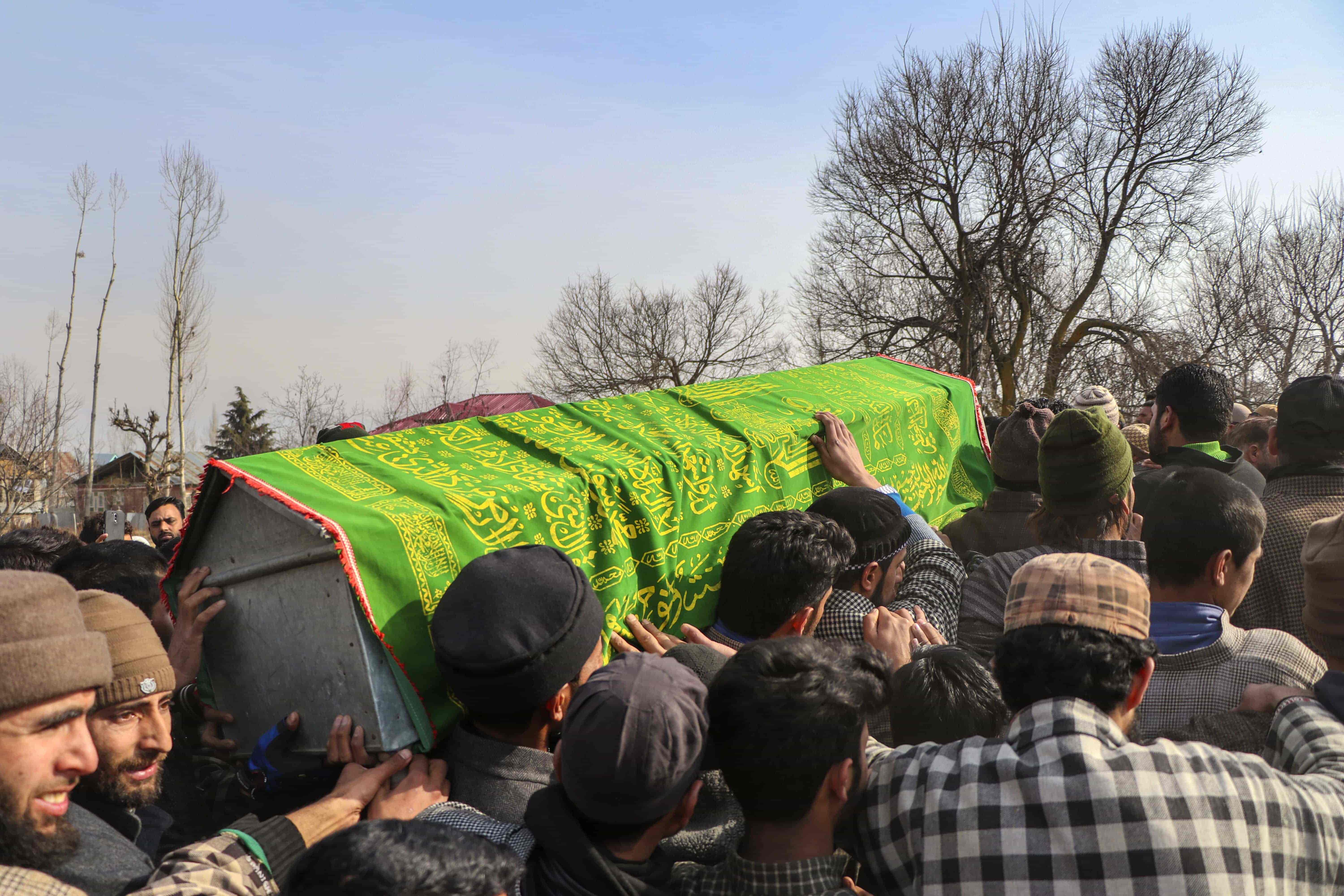 Suicide is not new to any society including Kashmir Valley. However, in recent months there has been an escalation both in the number of suicides and its reporting in media may it be print, radio, television, and social media. Every other person, probably in good faith, is telling people not to end their lives using various strategies from religious to social, mostly based on ill-founded ideas. Many people are asking why the suicide rates are going suddenly high and what has changed now that so many people mostly young are trying to end their lives.

The World Health Organisation (WHO) classifies irresponsible media reporting as one of the major causes of the sudden increase in the number of suicides. This is due to the ‘imitative behaviour’ of vulnerable people who may be thinking of ending their life. This usually affects young people and those with underlying mental health issues. There is lots of research on ‘suicide contagion’ wherein the rates of suicide increase mainly due to irresponsible and sensational media reporting. This occurs when a suicide or attempted suicide serves as a ‘model’ or example for subsequent suicidal behaviour. The ‘model’ could be a famous person or celebrity, but could also be a relative, neighbour or friend living in the local community. The contagious effect may be precipitated by pervasive grief or over-identification with the person who has died or the circumstances in which they took their own life. One can easily understand how it works in the context of Kashmir.

Sadly, looking at the recent coverage of some of the tragic incidents in Kashmir over the last few months indicate how insensitive, sensational, headline-grabbing and harmful reporting is going on. This is being done by individuals to major news outlets with wide circulation, the radio stations and the news coming out of the local television studios. Social media is equally buzzing with ill-formed advice and the circulation of harmful news and videos. Kashmir has been in a state of trauma for a long time now.

However, nothing else seems to have changed in Kashmir in the last few months apart from the sensational and headline-grabbing reporting of suicides. This started with a tragic death of a young man in early 2021 which was brutally sensationalised. This followed with few more deaths by suicide and the vicious cycle of irresponsible reporting and further deaths. In June 2021 there were approximately five times more suicide attempts than in January 2021.

There is total disregard of any media ethics and guidelines when it comes to reporting suicide. Deaths by suicide remain a major public health concern around the world and sensitive reporting is needed to create awareness and demand for proper services. However, dramatic headlines regarding the methods of suicide, locations, names, and personal stories make a harmful impact and is well evidenced in scientific literature. If you look at any news article from Kashmir, you will see all or some of these things mentioned in every report. There is a complete disregard for the families of victims. Some have even published articles denigrating the deceased using religion, sermonising, cursing, blaming parents and whatnot. One wonders if there are editors who see this material, or it simply goes to print without any oversight.  There is a lack of guidance from the administration on this subject and nobody seems to know how and what to do.

Many people including professionals like psychologists, social workers, engineers, and even doctors are taking to social media trying to help. I am sure this is all done with good intentions, however, it is doing real harm and having the opposite reaction. Apart from emotive speeches, there is a problematic use of language like ‘committing suicide, blaming people for being weak, sinners, and the list goes on. We must not forget that anyone who is thinking of ending their life is not doing it for fun and most people have underlying mental health problems. Many are desperate because of their circumstances. Suicide is a complex issue and the reasons behind it are not fully understood.

Hence, making claims that a person ended their life for one or the other reason when you have never met the person, only creates misinformation and likely escalation in the suicide rate. Blaming dysfunctional parenting or lack of moral values when you are trying to help does not make sense more so if you are claiming to be a professional. It is certainly not due to a bad upbringing which was suggested by some ill-informed reporter on the state radio. Claims like the ‘suicide bomb’ has exploded as the headline by one of the local TV channels only makes the situation grim.

There are clear guidelines by WHO and other international organisations about the media reporting of suicide. Many countries around the world have adopted these ethics so that the suicide rate does not increase, and at the same time, sensible reporting helps with educating people and create awareness. Suicide is a very complex topic that presents a distinct set of challenges for journalists, who must balance reporting on a sensitive issue and informing the public while considering what influence coverage may have on vulnerable people, including the possibility of imitational behaviour. At the same time, avoiding intrusion into the grief of bereaved families.

It is beyond the scope of this article to discuss the guidelines which can be found easily on the internet and do not take more than half an hour to go through and grasp the basics. In summary, avoid describing the methods of suicide like hanging or jumping particularly in the headline, include references to suicide being preventable and treatable, signpost links where people can get help from, avoid dramatic headlines like ‘suicide epidemic or suicide bomb’, stay away from sensational language, don’t be judgemental, don’t describe the death or its nature, or how long or how quickly the person died, don’t refer to specific location or hotspots, refrain from giving information like the height of bridge or depth of the river, avoid dramatic and emotive picture or videos- this can glamorise the death and some people can identify with the deceased. Avoid excessive coverage or front-page splash, lead story or links to previous suicides.

Treat social media with caution and avoid mentioning or linking to comments, or websites/forums that promote or glamorise suicide. Similarly allowing comments on such posts can be very harmful if not moderated which is mostly the case. Avoid publishing any suicide notes or messages which may have been recorded may it be voice or video.  Speculation about the ‘trigger’ or cause of suicide can oversimplify the issue and should be avoided. Suicide is extremely complex and most of the time there is no single event or factor that leads someone to take their own life.

Lastly, young people are more vulnerable when it comes to suicide. When covering the death of a young person, do not give undue prominence to the story or repeat the use of photographs, including galleries. Don’t use emotive, romanticised language or images – a sensitive, factual approach is much safer. Coverage that reflects the wider issues around suicide, including that it is preventable, can help reduce the risk of suicidal behaviour. Include clear and direct references to resources and support organisations.

The administration ought to issue guidelines for media reporting of suicide urgently in consultation with the professionals from the Institute of Mental Health and Neurosciences, Kashmir. This should be based on evidence and not just to gag the media. We must be mindful of press freedom at the same time which is important more so in places like Kashmir.

Civil society can help with creating awareness, normalising help-seeking, and keeping vigil at any potential hotspots. Suicide must be treated as a complex issue. Removing access to the means and methods of suicide can be the difference between life and death. Lastly, please do not try to be an expert on suicides if you are not qualified or trained in the field even if you work in mental health. Please refer people to the professionals who can deal with it.

The media must take responsibility and bring a positive change and not become the source of this tragedy in society.

In summary, if you want to help and save lives, be sensible, non-judgemental, offer support if you think anyone is suicidal- ask them directly if they are thinking of it, listen to them, don’t rush into giving advice, make sure they are safe and remove any harmful articles, call for help and support them to see a professional. It is not your job to treat them or give them lessons on morality or faith. Remember, suicide is preventable, and you can save a life by simply being sensible and mindful.

Dr. Mudasir Firdosi is a Consultant Psychiatrist and Honorary Senior Lecturer at St. George’s, University of London. He is also an executive member of the Faculty of General Adult Psychiatry at the Royal College of Psychiatrists, London. He can be reached on Twitter at @drmfirdosi or email at [email protected]