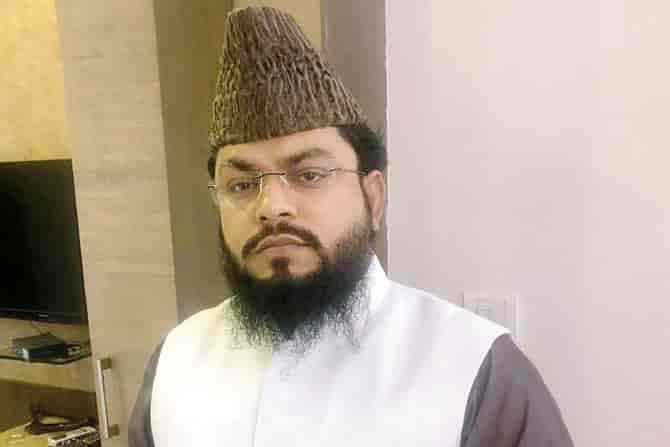 Mufti Manzoor Ziyaee, a noted Mumbai-based Sufi scholar, head of the International Sufi Caravan and president of the All India Ilm wa Hunar Foundation, has proposed a 15-point formula to end the Kashmiris’ “sense of alienation” and pave the way for development in Jammu and Kashmir, reported Times of India.

In his letter, Mufti Ziyaee, who also runs Goregaon West’s Madrassa Faizan-e-Raza, told Times of India that as a concerned citizen of India, he wants to prosper in the historically and geographically important Kashmir Valley and that he has certain ideas and thoughts that he would like to share with the countrymen, especially the rulers of Delhi.

He told Times of India that Jammu and Kashmir, Pakistan administered Kashmir (PaK), and Gilgit Baltistan are the inseparable parts of India. “We are currently concerned about Jammu and Kashmir which has suffered immensely in the past many decades due to wrong policies of the government in the past and selfish attitude of some political families in the valley. A section of the people here harbor a deep sense of alienation and their genuine grievances need to be addressed,” Ziyaee said.

He also added that the most important task is to restore the confidence of Kashmiris in India and to link the valley emotionally, socially and politically with the rest of the country. “A series of programs and policies aimed at integrating the people of J-K with the rest of India should be initiated. Small and big meetings should also be held in Delhi and other cities and towns of India explaining why Kashmiris’ welfare is with India. Kashmiri students studying and businessmen in different cities, and should be made to feel that they belong to India and India belongs to them,” he added.

It is important to promote local industries, agro-business, and horticulture in the valley. At the correct price, local produce and fruits and vegetables should be purchased from Kashmiri farmers. This will help make the local economy stronger.

Mufti Ziayee also referred to Kashmir’s heritage of crafts and proposed that rewards should be encouraged for individuals engaged in crafts and skills. There is a lot of demand for Kashmir shawls, kahwa, fruits, and an effort should be made to promote local industries.

Linking Kashmir with the rest of the country through improved transport is a need of the hour, he said.

Slamming the valley’s traditionally corrupt politicians, the Mufti said it was necessary to promote a new dynamic leadership rooted in the nationalism and patriotism of India. The new political forces should be concerned about real Kashmiri problems.

Ziyaee said that in no uncertain terms, the Kashmiri people should be told that Articles 370 and 35 A are things of the past and that India is the future of Kashmiris.