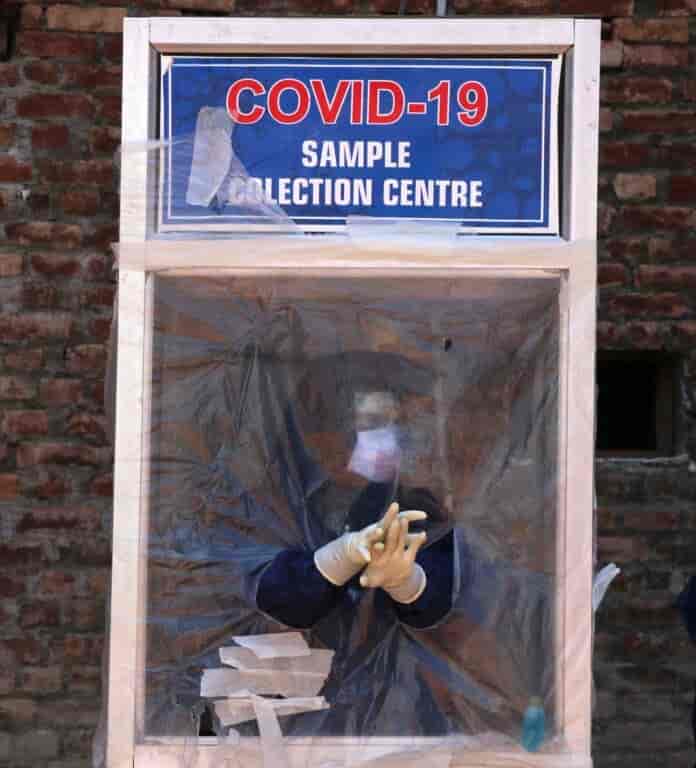 Amid a spike in covid cases in Jammu and Kashmir, the government on Tuesday classified Srinagar as an orange zone, while Lakhanpur was declared as containment zone and Jawahar Tunnel area on either side as Red zones

The rest of the districts of the UT have been classified as Green zones.

In an order, chief secretary BVR Subrahmanyam said that in order to contain the spread of Covid-19 district in Jammu and Kashmir have been classified into Red, Orange and Green zones.

Th order states that a detailed review of the current COVID situation in Jammu and Kashmir was conducted with the Financial Commissioner, Health, Divisional, Commissioner, Jammu/Kashmir and other officers for an overall assessment of the situation pertaining to the spread of COVID-19 in Jammu and Kashmir, the trend in new cases particularly the recent spike in new cases and the risk perception of the Health department vis-a-vis each district and the need to control further spread of COVID-19.

“Now, therefore, in exercise of the powers conferred under section 24 of the Disaster Management Act, 2005, the State Executive Committee hereby orders that the classification of districts into Red, Orange and Green categories for Jammu and Kashmir will be as under,” the order states.

As per the order Srinagar has been classified as Orange zone in view of the spread of Covid-19.

Kashmir region is facing a potential second wave of COVID19 as March, the first anniversary month of the pandemic, is ending with alarming numbers.

Srinagar remains the worst-hit district in Kashmir and has 908 active-positive cases. On 1 March, there were 342 active positive cases in the city, which has increased by 165 percent by end of the month.

The summer capital recorded 587 COVID19 travellers during March, compared to 2455 travellers who had tested positive during the first 12 months of the pandemic.