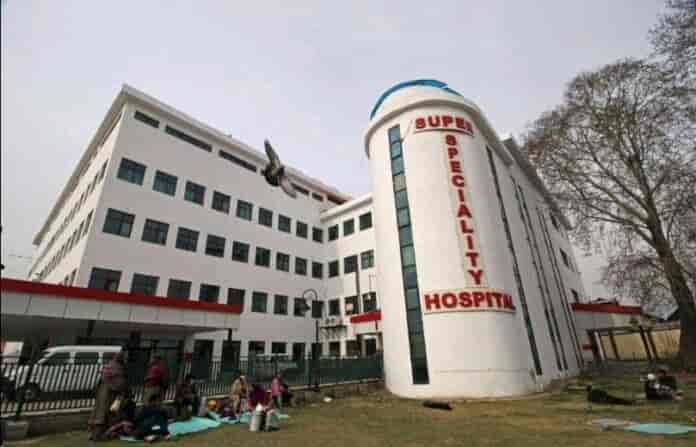 A team of doctors in the Government Medical College (GMC) Srinagar have performed a procedure that was first of its kind as they operated a man with black blood.

The procedure, Endo Coil Embolization of Splenic Artery Branch, was performed for the first time in the IR lab in the Super Specialty Hospital on a 70-year-old man from Pampore town of south Kashmir, who was suffering from Melaena, the production of dark sticky faeces containing partly digested blood.

The patient was admitted in the hospital for Hemorrhoids, a condition of swollen veins. “But the case was complicated because it was a high up hemorrhoid as the colour of the blood was black,” a doctor at the hospital told The Kashmir Walla.

Later the doctors learnt from a surgical scar on his right abdomen that the patient had already undergone a surgery in 2016. The family revealed that a few years ago, he had pancreatic malignancy and he had been advised to do therapies which he had not followed.

“With time, the patient had developed a tumour in his pancreas which was the main reason for the bleeding stool,” the doctor said.

The two-hour long procedure started at 4:30 pm. “We couldn’t believe we have actually achieved this milestone,” said Dr. Sartaj Bhat. “It is a huge thing for all of us.”