Soldiers will confiscate phones for only 20 mins during search ops, on checkpoints: Army 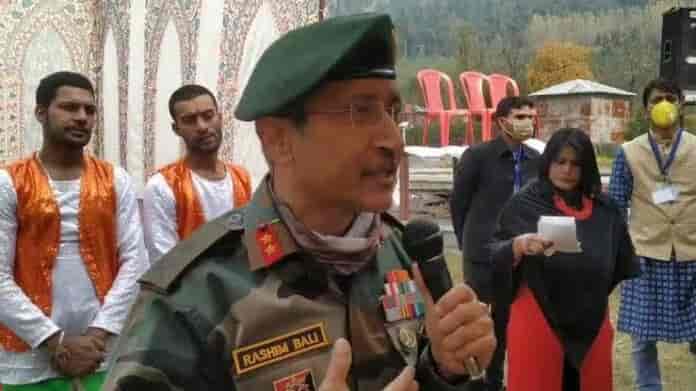 During a rare interaction with local residents of southern Pulwama district, General Officer Commanding (GOC) Victor Force ordered the soldier to confiscate and return smartphones within fifteen to twenty minutes.

Major General Rashim Bali, the GOC of the southern Kashmir-based army’s Victor Force, was interacting with locals at an event “Mission Pehal” on Sunday.

The officer assured the youth that their smartphones, which are confiscated by the army personnel during search operations or on checkpoints, will be returned within fifteen to twenty minutes.

“Any trooper does not have any interest in your phone. What do we want to see in that? Today, there are a lot of apps on phones [which are] used to harm the brotherhood among us … we want to see if I can find any proof that I can foil their attempts,” the army officer says in the video of the event published by Kashmir Pulse. “It can extend to twenty minutes but not more than that.”

The officer was responding to a question by a young man who said he wanted to buy a new iPhone but feared it would be confiscated by the soldiers.

During the event that was organized by Elixir Foundation, the locals who participated were allowed a question and answer session with Bali. In the interaction, the youth questioned several practices by the army including the use of “human shield” during anti-militancy operations, raids, frisking, and questioning on checkpoints and the anatomy of search operations.

One of the youths asked: “Why forces bring thousands of troops to martyr militants? If my cousin joined the militancy and then he was killed, after that why are we not allowed to have his picture on our mobiles? If a person is accused of being an Over Ground Worker, why is he kept in jail without any charge sheet.”

Bali responded that the army deploys a large number of forces during the cordon and search operations with some objectives.

“The first objective is to seal all routes wherefrom [militants] could flee. Most of the troopers are deployed for this very purpose. The second objective of deploying more troops is that there shouldn’t be any law and order issues. People can suffer losses on account of law and order issues as there are chances of stone-throwing, which could lead to more violence.”

Another youth questioned the government forces’ usage of civilians in their operations.

“When a militant is trapped in someone’s house, you push a civilian into the house. Why don’t you think that militants could fire upon civilians? You call them terrorists, fine! A terrorist is one who terrorizes. But when you push a civilian in the same house where a militant is trapped, why you think the militant will not fire on the civilian. That means he is not a terrorist,” a youth questioned.

Bali replied that “it is not a human shield”.

“It is (to) cover that no one levels allegations at your army tomorrow. In the house, there are mothers and sisters. If the army enters the house without you then tomorrow it can be said they took away something from there, or they misbehaved with someone. We don’t want to fire on terrorists all of a sudden. Once the situation develops what should he do? He should come out and don’t cause collateral damage to another.”