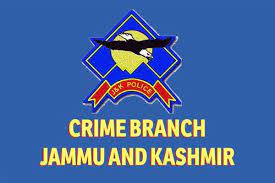 The Economic Offences Wing of Crime Branch Kashmir on Thursday carried out searches in Srinagar and Ganderbal districts in connection with a case related to a man posing as an SLTC expert of J-K Housing Board.

An official told a local news agency, Kashmir News Observer (KNO), that the searches were underway at both locations and further details will be shared accordingly.

Pertinent to mention, a case vide FIR No: 67/2022 U/S 420, 467, 468,471,120-B IPC was registered after a written complaint received from Managing Director J-K Housing Board, wherein it was alleged that the accused Er Hakim Muzamil of Lal Bazar Srinagar was disengaged from J-K Housing Board as State Level Technical Expert (SLTC).

The official said that despite being disengaged he was misrepresenting himself as an SLTC expert of J-K Housing Board and misusing the official seal.