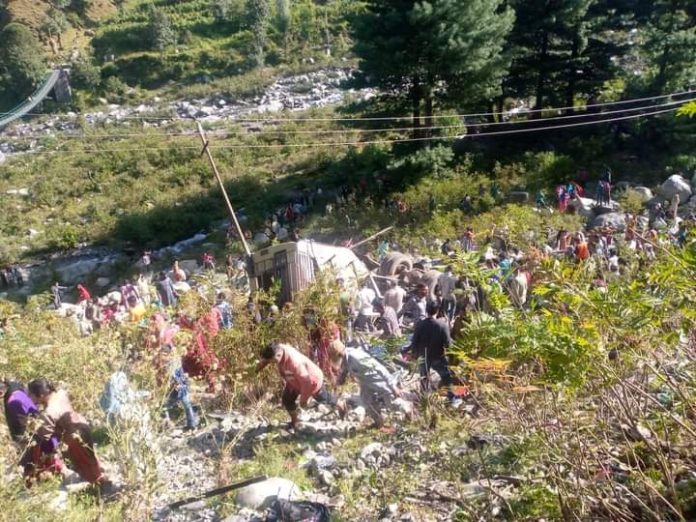 At least six people have died in a road accident that took place in Saujiyan area of Poonch district on Wednesday morning.

An official told a local news agency, Kashmir News Observer (KNO), that a bus, on its way to Mandi from Saujiyan, rolled down into a deep gorge.

He said that in the incident at least six people have been reported dead while several others were injured.

He said that soon after the incident, a rescue operation was launched by police, army and locals and injured were shifted to hospital for treatment.

The official added that condition of several injured persons is stated to be critical. (KNO)