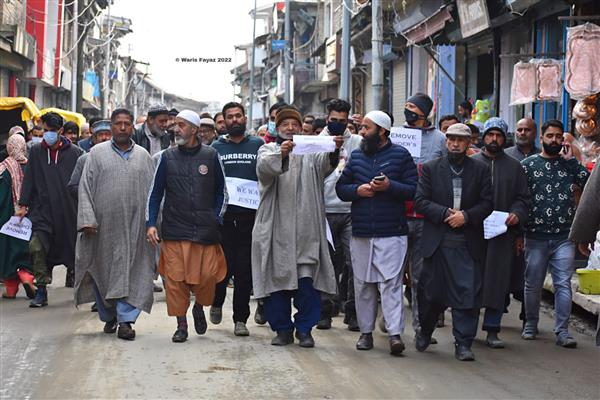 Sopore: Shopkeepers in Sopore town of Baramulla district today lodged a protest against local administration over road dividers and alleged road blockades at various points across the town.

They raised slogans against the local administration, accusing it of tormenting them by blocking roads with dividers.

Shopkeepers of various markets told KNS that their business has got badly affected due to installation of road barriers and dividers.

Meanwhile, executive officer, president Municipal Council Sopore and SHO Sopore visited the spot and pacified the protestors by assuring action on their demands, following which shopkeepers called off their protest. (KNS)