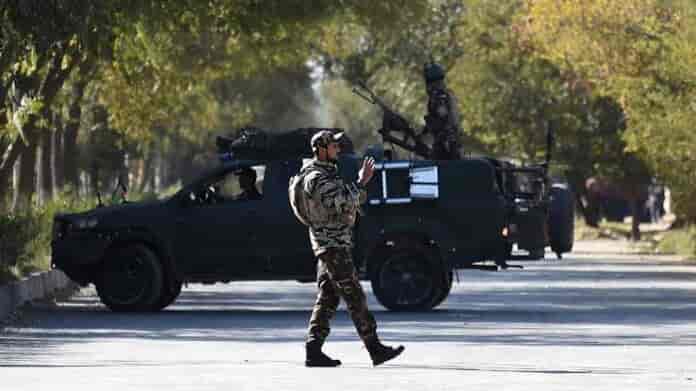 Gunmen killed at least 19 people and wounded another 22 wounded after storming Kabul University in Afghanistan’s capital in an attack that ended after hours of fighting with security forces.

Hamid Obaidi, spokesman for the Ministry of Higher Education, told AFP news agency Monday’s attack started when government officials were arriving for the opening of an Iranian book fair organised on campus.
Witnesses said hundreds were sent fleeing and scrambling over walls of the campus when the attack took place.

“The attack is over, but sadly 19 people have been killed and 22 more wounded,” Interior Ministry spokesperson Tariq Arian told AFP.

“Three attackers were involved. One of them blew up his explosives at the beginning, two were brought down by the security forces.”

Witnesses said the attack followed an explosion in the area and students spoke of chaos and confusion.

Kabul police spokesman Ferdaws Faramerz told AFP most of those killed were students.