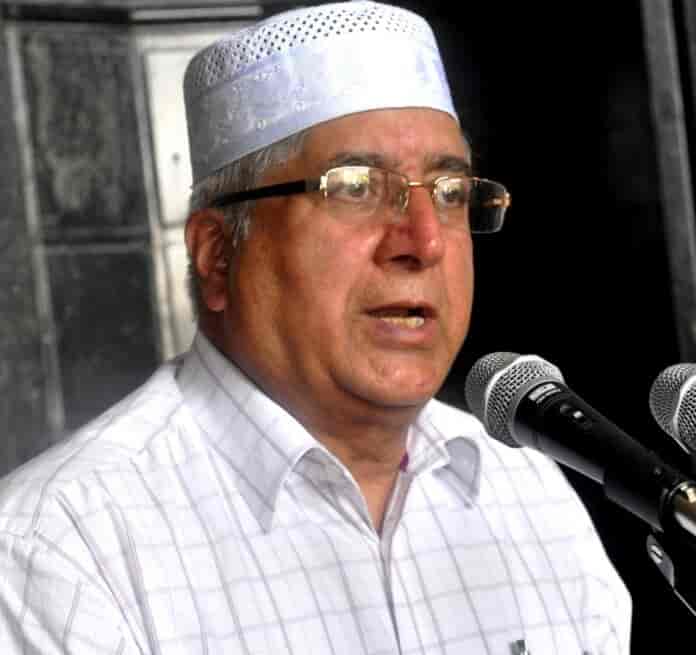 An emergency condolence meeting was held today by AAC paying rich tributes to the departed senior leader Muhammad Shafi Khan for his extraordinary , lifelong and selfless contribution to the party and its ideals, a communique said.

The meeting described the demise of Muhammad Shafi Khan as an irreparable loss for the organisation,and the people’s movement saying that his contribution to it is unforgettable.

AAC chairman Mirwaiz-e-Kashmir Dr Umar Farooq, who could not participate in the Namaaz-e-Janaazah of the deceased due to his continued house arrest of the last 21 months, or take part in the condolence meeting , ‘expressed deep grief over the demise of Shafi Sahab and paid glowing tributes to him calling his death it a great personal loss to him.’

The statement quoted the Mirwaiz as saying that the role and contribution of Muhammad Shafi Khan to Awami Action Committee since its inception and to its leadership especially to shaheed e millat first as a young party activist , and then as senior party leader under his chairmanship , till his last breath has been exemplary and is a guiding light for party workers to emulate. His demise is a huge loss for the organisation he said.

Besides locals, the Namaaz-e-Janaazah of Muhammad Shafi Khan, led by Imam Jamia Masjid Srinagar Mufti Ghulam Rasool Samoon, was attended by the AAC central leadership and all halqa presidents of district Srinagar.

As per family sources, the congregational Fateha Khwani of Muhammad Shafi Khan will be held on 23 April after Friday prayers at their ancestral graveyard in Nawab Bazar, Srinagar.