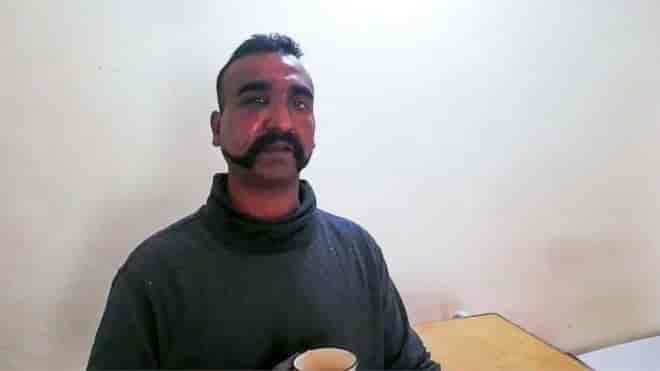 According to a report by BBC, Varthaman was released by Pakistan after being pressurised by Saudi Arabia.

The report says that when Tanvi Marwah, wife of Abhinandan, received a call on her mobile telephone from Pakistan routed through Saudi Arabia and heard her husband on the other side of the phone. She knew that Pakistan’s intelligence agency was making it possible. “While one cop in the ISI was interrogating Abhinandan the other was allowing him to talk to his wife. It is a technique used by intelligence agencies to gather as much input as possible, in this process one cop plays good cop the other plays the bad cop.” Reads the BBC report.

Meanwhile, India heaved a sigh of relief when Prime Minister Imran Khan announced in the National Assembly that Abhinandan would be sent back as a “peace gesture”. However, BBC said the move was made possible due to immense international pressure, especially Saudi Arabia to pull both countries back from the brink.

The media reported that Saudi Arabia, the US, and the United Arab Emirates played key role in safe release of the Indian pilot. President Donald Trump had told the world media from Hanoi that “reasonably attractive news was coming from India and Pakistan”.

He told journalists, who had gathered for his meeting with North Korean leader Kim Jong-un, “We’ve been involved in trying to have them stop and we have some reasonably decent news. I think, hopefully, that’s going to be coming to an end. It has been going on for a long time”.

UAE Crown Prince, Sheikh Mohamed bin Zayed, meanwhile tweeted that he had made “telephone calls to the Indian and Pakistani Prime Ministers”, stressing the “importance of dealing wisely with recent developments and giving priority to dialogue and communication”.

However, according to the foreign media, Saudi Arabia played most crucial role in release of Abhinandan. Saudi Minister of State for Foreign affairs, Adel al Jubeir, flew to Islamabad with an “important message from the Crown Prince, MBS”. Ultimately, the Indian pilot was released in just 60 hours of captivity in Pakistan.

Previous articleJ-K’s Delimitation: “Primary demand is to keep all parameters in mind for ending regional injustice”
Next articleED attaches Rs 2.6 crore worth of assets in JKCA funds fraud PMLA case