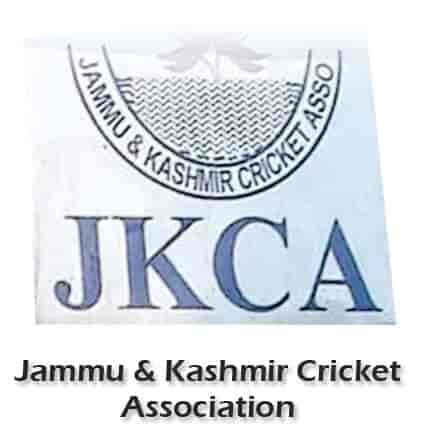 Enforcement Department has attached assets worth Rs 2.6 crore in a money laundering case related to the alleged embezzlement of funds of the Jammu and Kashmir Cricket Association (JKCA),

According to a report by PTI the central agency said on Saturday that a  provisional order for attachment of assets has been issued under the Prevention of Money Laundering Act (PMLA) against former treasurer of JKCA Ahsan Ahmad Mirza and its finance committee member Mir Mansoor Gazanffer.

Former Jammu and Kashmir Chief Minister and National Conference president Farooq Abdullah has been questioned by the Enforcement Directorate in the case.

“The attached assets consist of three FDRs (fixed deposit receipts) totalling Rs 1.29 crore with J&K Bank branch in Lajpat Nagar, New Delhi in the name of Mirza Sons, a partnership firm of Mirza and his father.

“11 Kanals of land with structure and commercial shopping complex at Pandrethan, Srinagar to the tune of Rs 1.31 crore has also been attached,” the ED said in a statement.

The ED case is based on a CBI FIR as part of which the latter probe agency booked former office-bearers of JKCA, including general secretary Mohd Saleem Khan and Mirza.

The CBI later filed a charge sheet against Farooq Abdullah, Khan, Mirza, Mir Manzoor Gazanffer Ali, Bashir Ahmad Misgar and Gulzar Ahmad Beigh (former accountant of JKCA) for “misappropriation of JKCA funds amounting to Rs 43.69 crore” from grants given by the Board of Control for Cricket in India (BCCI) to the association for promoting the sport in the state between 2002-11.

“However, several other bank accounts were opened in the name of JKCA into which these funds were transferred.”

Besides, it said, Mirza transferred huge amounts into his personal bank accounts and then these amounts were further transferred or withdrawn in cash.

“Out of the laundered amounts, Rs 1.31 crore was received by Gazanffer who was a member of the finance committee of JKCA between 2006 to 2009.”

“This committee was arbitrarily constituted by Farooq Abdullah, the then President of JKCA,” the ED charged.

It claimed that in 2004 the then “duly elected Treasurer Mukhtar Kanth resigned and immediately Farooq Abdullah appointed Mirza as Treasurer of JKCA without holding elections as mandated under the JKCA Rules, 1957.”

Upon vacation of the court stay in the same year, Gazanffer was not given charge of Treasurer and instead a finance committee consisting of Mirza and Gazanffer was constituted by Farooq Abdullah and both these persons were empowered to jointly operate JKCA bank accounts, it said.

Both these people “opened a personal bank account” in their joint names with Jammu and Kashmir Bank and crores of funds belonging to JKCA were transferred into this joint bank account and these funds were either withdrawn in cash or transferred to other bank accounts including the bank account of Mirza”s firm, the agency alleged.

In 2011, Mirza was elected as the general secretary of JKCA and Farooq Abdullah was elected President of JKCA.

Probe found, it said, that during this entire period funds of JKCA were continuously laundered.

“From 2004 till March 2012, Mirza continued as the authorised signatory in the bank accounts of JKCA,” the ED said.

Mirza was arrested by the ED in this case and a charge sheet under the PMLA has also been filed before a special court in Srinagar.

Previous articleSaudi Arabia pressurised Pakistan to release Abhinandan: Report
Next article“Delhi carnage will lead to radicalisation of Indian Muslims just as the Kashmiri youth has been radicalised”