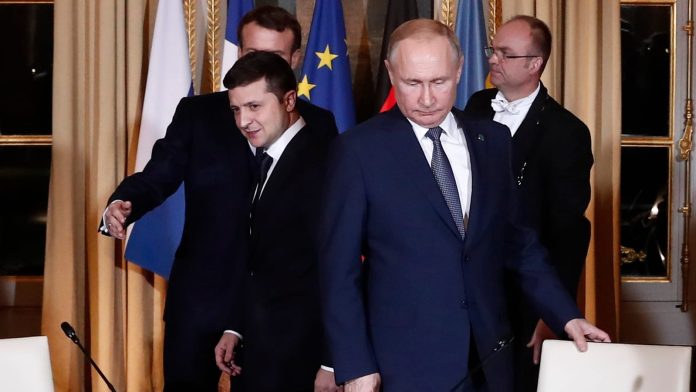 Russia on Sunday offered to hold talks with the Ukrainian officials in the Gomel city of Belarus but the talk offer was quickly turned down by the Ukrainian President Volodymyr Zelenskiy.

“Belarus is staging ground for the Russian invasion. Warsaw, Bratislava, Istanbul, Budapest or Baku can be the alternative venues for holding talks,” Zelenskiy in a video message said.

The development comes as Russian troops entered Kharkivm the second-largest city of Ukraine, leading to street fights between Ukraine and Russian soldiers.

Soon after Russian President Vladimir Putin gave the go-ahead for what Russia is declining to call war but a special military operation, Russia has been sending feelers to Ukraine that Russia is ready to talk.

The Kremlin earlier has said Putin was ready to send a delegation to Belarus which had hosted rounds of peace talks over the Ukrainian crisis.