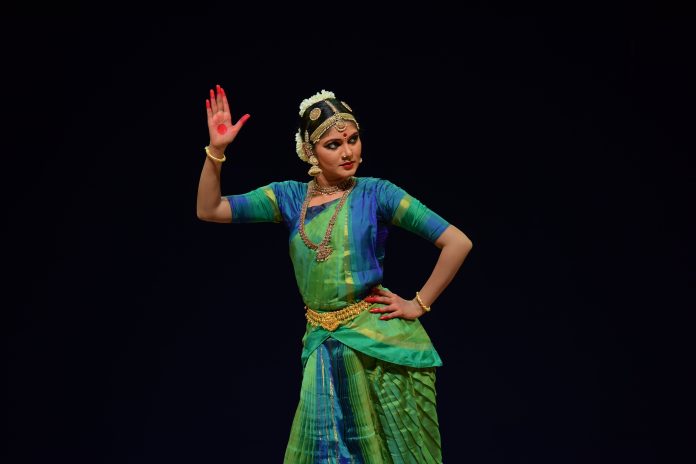 Bharatanatyam exponent Mansiya V P has alleged that the Koodalmanikyam Temple at Irinjalakuda in Kerala’s Thrissur district, which is under the state government-controlled Devaswom Board, has barred her from a scheduled dance programme on its premises for being a non-Hindu, reported Indian Express.

Mansiya, a PhD research scholar in Bharatanatyam, had earlier faced the ire and boycott of Islamic clerics for being a performing artiste of classical dance forms despite being born and brought up as a Muslim.

In her Facebook post, Mansiya said her dance programme was slated to be held at the temple premises on April 21. “One of the temple office-bearers informed me that I cannot perform at the temple as I am a non-Hindu. All stages are allotted based on religion, not considering whether you are a good dancer or not. In the meantime, I have also been facing queries about whether I got converted into a Hindu after marriage. (She had married musician Shyam Kalyan). I have no religion and where should I go,’’ she said.

She said this exclusion from a programme based on religion is not her first experience as, a few years ago, she was allegedly prohibited from performing at the Guruvayoor Sree Krishna temple at Guruvayoor for being a non-Hindu. “Art and artists continue to be knotted with religion and caste. When it is forbidden to one religion, it becomes the monopoly of another religion. This experience is not new to me. I am recording it here (on Facebook) only to remind that nothing has changed in our secular Kerala,’’ she said.

When contacted, Koodalmanikyam Devaswom (temple) Board chairman Pradeep Menon said as per the existing tradition of the temple, only Hindus can perform within the compound of the temple. “This temple complex is spread over 12 acres of land. The slated 10-day festival would take place in the temple compound. Around 800 artists would be performing in various events during the festival. As per our norms, we have to ask the artists whether they are Hindus or non- Hindu. Mansiya had given in writing that she has no religion. Hence, she was denied the venue. We have gone as per the existing tradition at the temple,’’ he said.