Ramzan to begin from Saturday in Pakistan, moon not sighted 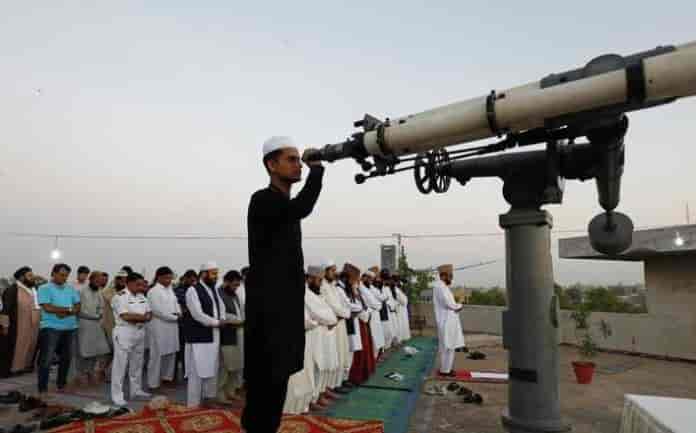 The Central Ruet-e-Hilal Committee of Pakistan has announced that the Ramazan will begin from Saturday as the moon for the holy month was not sighted.

“No acceptable and Shariah-compliant testimonies of moon sighting were received from any part of Pakistan,” Chairman of the committee Mufti Muneebur Rehman announced was quoted as saying by The Tribune newspaper.

“Therefore, it has been decided that first Ramazan will be on Saturday, April 25.”

On April 11, the Pakistan Meteorological Department (PMD) said the crescent heralding the holy month of Ramazan will be sighted across Pakistan on Friday, April 24 whereas Saturday, April 25 will be the first day of fasting.

The PMD – the national weather service – rejected all possibility of moon sighting on Thursday, April 23.

On February 27, the Federal Minister for Science and Technology Fawad Chaudhry also claimed in a tweet that the first Ramazan would fall on April 25.

He had also claimed that the country’s official moon-sighting committee – the Ruet-e-Hilal Committee – had erred while announcing the Islamic months of Ziqad and Rajab.