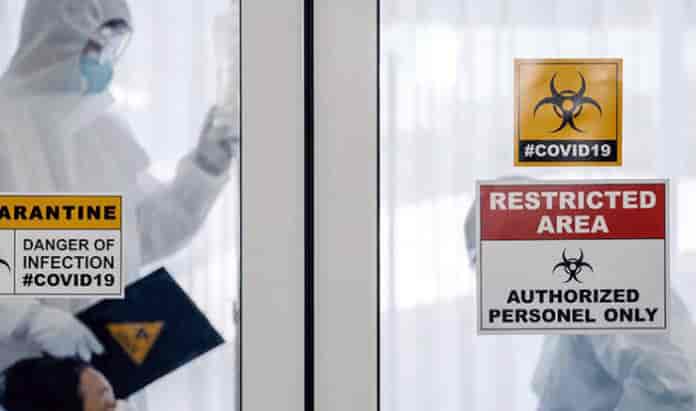 Srinagar: Rajouri, becomes the first district in Jammu and Kashmir where all the positive cases of coronavirus have recovered and have been discharged.

In Jammu and Kashmir, a total of 314 positive cases have been detected so far while many have also recovered. In the meantime, Rajouri district in Jammu region of the Union Territory became the first district where all such patients have recovered, brining a respite to the people as well to the health department.

Officials told all three Coronavirus patients from Rajouri district, who were tested positive in third week of March, have now turned negative and have been discharged from the hospital in Jammu.

The three patients including a retired government doctor, his son and another doctor were undergoing treatment in a COVID-19 dedicated hospital in Jammu.

“Two among them directly went to Jammu hospital and were tested positive while one was admitted in Rajouri hospital and his samples were tested which turned positive following which he was referred to Jammu,” the officials in the administration said.

They added that one among the three patients was discharged two days ago after his samples turned negative repeatedly for coronavirus.

“The other two were still undergoing treatment in Jammu hospital and their samples were tested negative on Friday afternoon. The concerned authorities enlisted the duo as recovered cases and have discharged them from the hospital,” they added.

The officials further informed that after receiving an information into the matter, an ambulance have been sent from Rajouri hospital, which shall bring both the recovered men to their native village on today late evening.

He also expressed gratitude to the medical fraternity for their efforts and services. “Timely detection and treatment can save many lives. Together, we can defeat COVID-19,” ADC Singh said. (KNO)