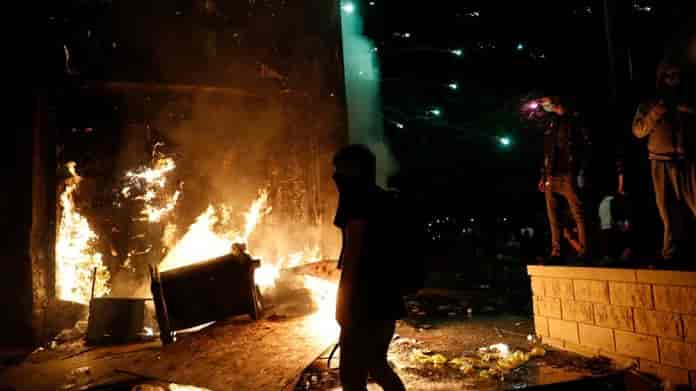 Protests erupted across the United States on Thursday night as anger over the death of George Floyd, an unarmed Black man

According to Al-Jazeera the protests intensified after  some demonstrators gaining access to a police precinct in Minneapolis, Minnesota, and setting sections of the building on fire.

Floyd died on Monday after a white Minneapolis police officer used his knee to pin Floyd’s neck to the ground for several minutes.

The four officers involved were swiftly fired, but Floyd’s family, community leaders and residents are calling for arrests to be made.

“They need to be convicted and get the death penalty,” Philonese said.

Hundreds of protesters marched in downtown Minneapolis for a third night on Thursday, demanding justice and an end to police violence.