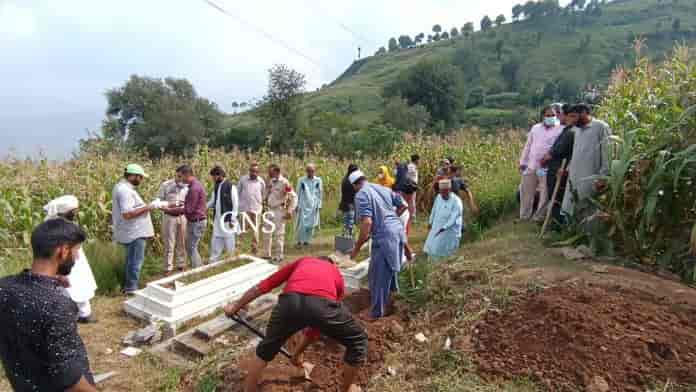 Over a hundred days after retrieving him dead from a pond, the authorities on Saturday exhumed body of the fourteen-year-old boy suspected to have been murdered in his native village in Gohlad Kalara in Poonch district.

The body was taken to Sub-district Hospital Mendhar for conduct of post-mortem, they said.

BMO Mendhar Dr Parvaiz Ahmed Khan, heading the team of doctors at SDH Mendhar told GNS that necessary medico-legal formalities have been conducted after exhumation of the body.

Shariq, a 10th standard student, was the lone son of his parents, who have four daughters.

Several villagers suspected in the involvement of killing of the teenage boy have been taken into custody, sources said. (GNS)

Previous articleDevotees irked as shrines shut ‘to stop Covid’ but public parks open
Next articleWatch | After Geelani’s death what is left for others?