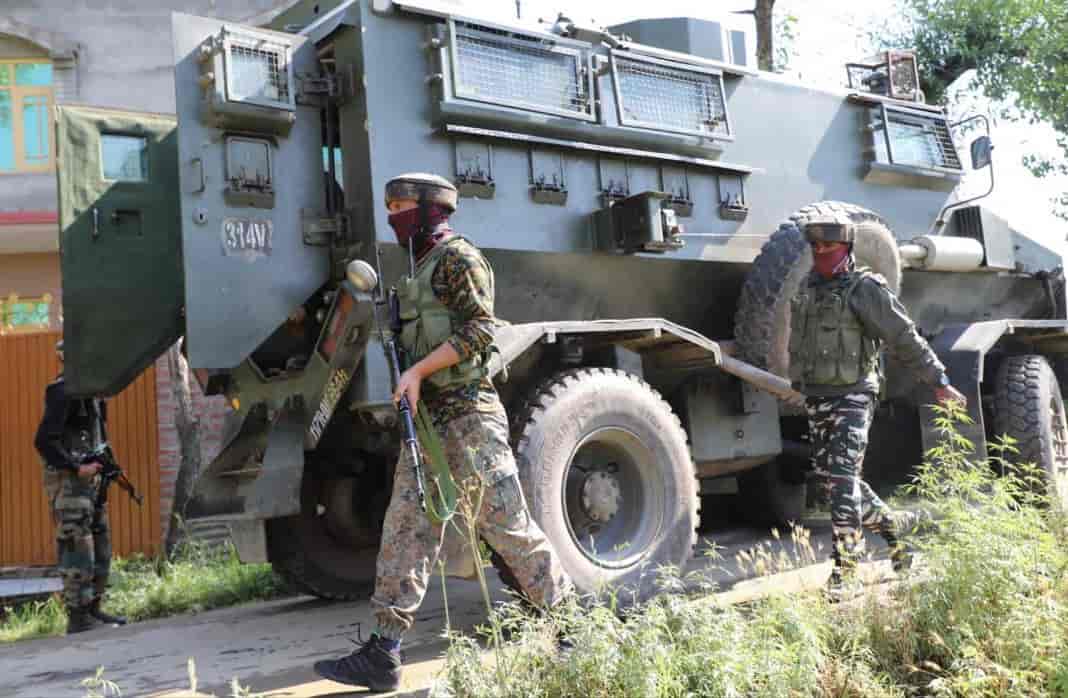 Srinagar: Three militants were killed in an encounter with government forces on Monday in south Kashmir’s Shopian district.

The three militants were killed in Wachi area of Zainapora  in an encounter after the police and army were conducting searches based on specific intelligence inputs about the presence of militants in the area, Jammu and Kashmir police wrote on their  Twitter hanlde.

According to the reports, all the militants belonged to Hizbul Mujahideen militant group.

One of the slain miltiants was a police deserter  identified as Adil Ahmad, a special police officer who had deserted the force in 2018 and decamped with seven AK assault rifles from the official residence of then MLA Wacchi Aijaz Ahmad Mir from Jawahar Nagar area of the city.