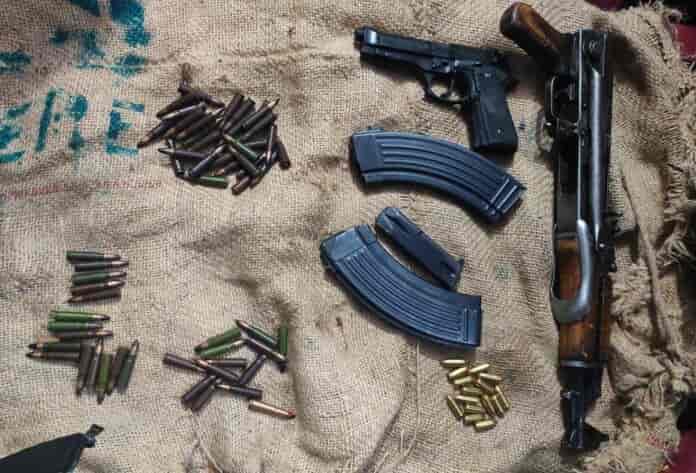 Srinagar: Police on Saturday claimed to have arrested two suspects along with arms and ammunition in Narwal area of Jammu district.

In a statement, the police said that based on a reliable input regarding movement of militants with automatic weapons in Narwal area heading towards Srinagar, a team of SOG Jammu laid a special check-point at Narwal area at about 1730 hrs. During vehicle checking in the area, SOG team signaled a white coloured Alto car (JK18A 9967) to stop, but it tried to escape check-point (Naka).