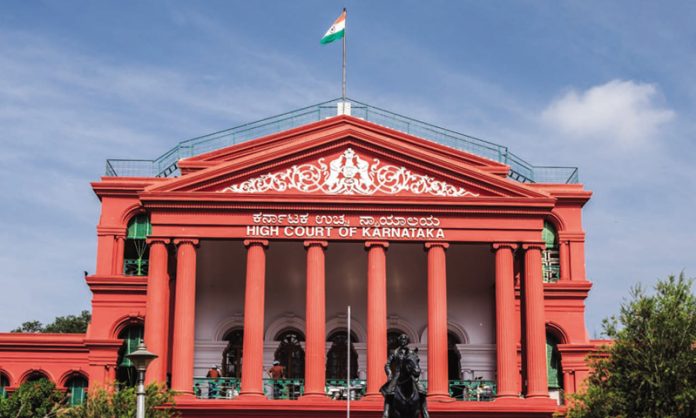 The Karnataka High Court recently held that this Protection of Children from Sexual Offences (POCSO) Act overrides Muslim personal law with respect to the age of consent for sex and hence, sex after marriage with minor Muslim girl would not be exempted from POCSO.

Single-judge Justice Rajendra Badamikar rejected the argument that under Muslim law, a minor girl can marry once she attains 15 years and, hence, no offence under POCSO Act or Child Marriage Restraint Act would be made out against husband if such minor Muslim wife becomes pregnant.

“Such arguments cannot be accepted in view of the fact that POCSO Act is a Special Act and it over rights personal law and under POCSO Act, the age for involving in sexual activities is 18 years (sic),” the Court held.

The Court was considering the bail application moved by a man who was booked for offences under the POCSO Act and the Child Marriage Act for impregnating a minor Muslim girl after marrying her.

The crime was registered on the basis of a complain filed by a sub-inspector of Police on the basis of information furnished by a medical officer regarding the petitioner committing offences punishable under Sections 9 and 10 of Child Marriage Restraint Act and Sections 4 and 6 of the POCSO Act.

The counsel for accused contented that Muslim law allows a minor to get married after attaining puberty and, therefore, no offence was made out.

Rejecting this argument, the Court held that since the POCSO Act is a special law, it would overrule the personal law.

However, the Court also opined that the minor girl was capable of understanding the consequences of her decisions. It further said that even though the girl said she had objected to the solemnisation of her marriage, there was no prima facie evidence to show that the marriage was without her consent.

In light of this, bench granted bail to man with conditions stating,

“Considering the relationship of marriage, in my considered opinion, there is no impediment for admitting the petitioner on bail (sic). Further victim being pregnant, requires proper support and petitioner can take care of his wife (sic).”

The legal issue involved in this case has seen conflicting judgments.

Recently, the Punjab and Haryana High Court had held that a Muslim girl on attaining 15 years of age can marry a person of her choice and that such a marriage would not be void under the Prohibition of Child Marriage (PCM) Act.

Similarly, the Delhi High Court also held that according to Muslim law, a minor girl who has attained puberty can marry without the consent of her parents and has the right to reside with her husband. In such cases, when physical intercourse happens only after the wedlock, offences under thePOCO Act will not be attracted, it had held.

A similar judgment was delivered by the Punjab High Court which has been challenged before the Supreme Court by the National Commission for the Protection of Child Rights (NCPCR).

In its appeal, the NCPCR has stated that the the ruling was in contravention of the PCM Act and the POCSO Act as it effectively allowed child marriage and sexual intercourse with children.