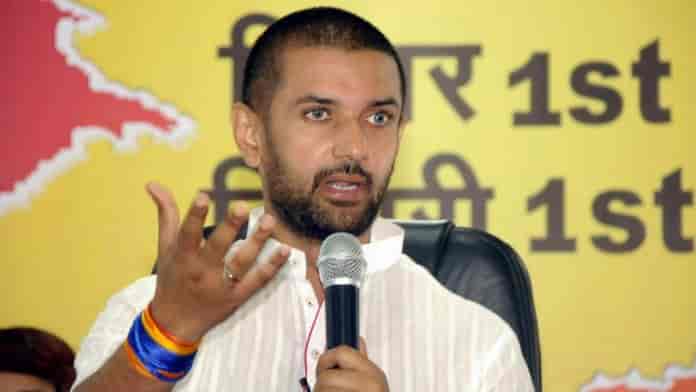 Chirag Paswan was removed as the leader of the Lower House after five of the six Lok Janshakti Party (LJP) MPs in Lok Sabha voted against him.

This development comes months after over 200 party leaders switched camps to JD(U).

The MPs will hand over a letter to Lok Sabha Speaker Om Birla in this regard, News18 reported.

The MPs include Paras, his son Prince Raj, and Chandan Singh, Veena Devi and Mehboob Ali Kaiser, according to The Times of India.

Paras called the decision a step to “save our party”, while dismissing rumours that the five MPs are in talks with the JD(U). “This is 100% wrong. LJP is our party and the organisation is strong in Bihar. I was with NDA and I will continue to be a part of the alliance,” he told reporters.

Paswan has been termed as Hanuman of Prime Minister, Narendra Modi in Bihar.

Following BJP’s win in 2020, the saffron party had accused him of seeking votes in the name of PM Modi.

However, Chirag famously had told reporters, “I don’t need to use PM Modi’s photos for campaigning. He lives in my heart, I am his Hanuman. If needed, I will tear open my chest and show it.”