PM Modi in Kargil to celebrate Diwali with troops 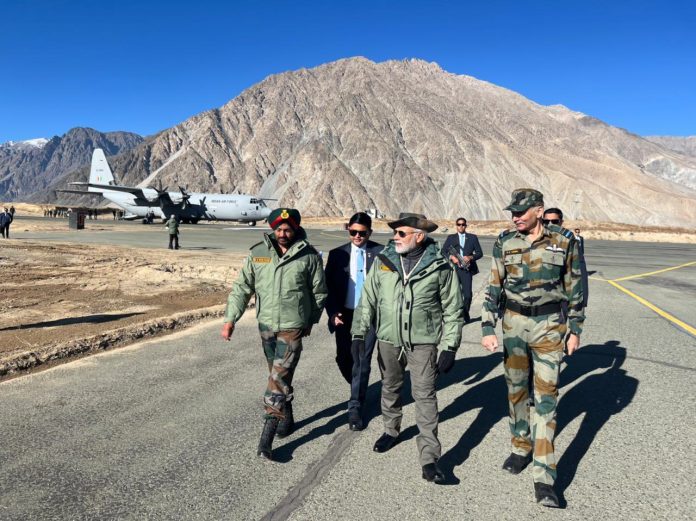 Prime Minister Narendra Modi arrived in Kargil on Monday to celebrate Diwali with the soldiers guarding the borders of the country.

Since his days as the chief minister of Gujarat, Modi has been visiting the soldiers on national festival Diwali to identify with them and share their joy.

In 2020, he shared the joys of the Diwali festival with soldiers in Jisalmer, Rajasthan.

In 2019, Modi went to Rajouri district in J-K on Diwali while in 2018 he was in Uttarakhand to celebrate Diwali with the army and ITBP soldiers.

In 2017, the Prime Minister celebrated Diwali with the BSF soldiers in Gurez border town of J-K. Similarly in 2016 he went to Himachal Pradesh.

Modi celebrated Diwali in Punjab with soldiers in 2015, and in 2014 he went to the World’s highest battlefield, Siachen glacier to be with the soldiers on Diwali. (Agencies)