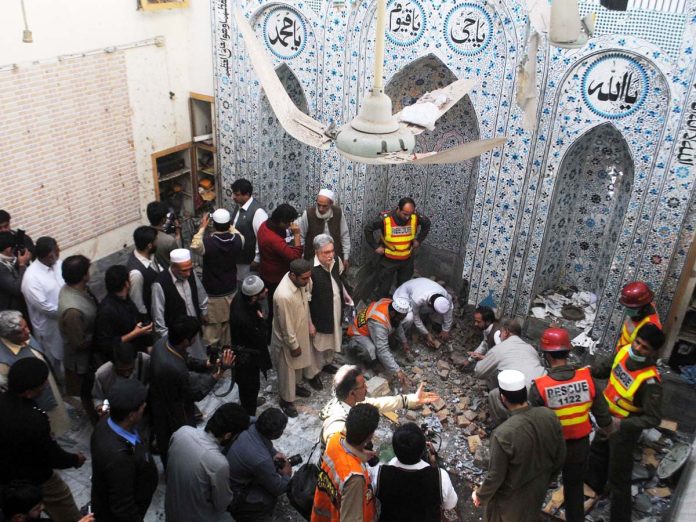 Nearly 30 people were killed and more than 50 injured in a bomb explosion during Friday prayers at a mosque in Peshawar, Pakistan, reported Geo News.

The bomb explosion took place during Friday prayers at a mosque in Qissa Khwani bazaar in the Kocha Risaldar area of Peshawar on Friday.

Police and security teams have cordoned off the area and started to collect evidence, the report added.

Previous articleSanctions on India likely after it abstained in UN vote on Ukraine: US
Next articleModi made Kashmir ‘crown of India’ by revoking Article 370: Amit Shah