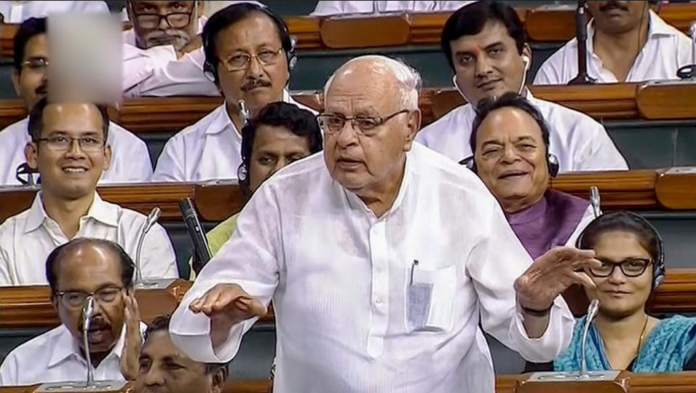 National Conference MPs Dr Farooq Abdullah and Muhammad Akbar Lone have asked fewer questions and rarely participated in debates and discussions in the Lok Sabha after they were elected to the House in 2019.

Abdullah, who was detained after August 5, 2019 and released in March 2020, has registered 49 percent attendance in the House.

Similarly, National Conference MP Muhammad Akbar Lone, who was vocal in the assembly of erstwhile state of J&K as speaker and opposition member, has only asked five questions and participated and six debates.

Lone has attended 62 percent sittings of the House.

The performance of both NC MPs vis-à-vis asking questions and participation in debates is below national as well as state average.

The national average of asking questions is 135 while the State average is 59.

Similarly, the national average of participation in debates is 35.1  and the state average is 33.8.

The performance of their party colleague and counterpart from Anantnag, Justice (retd.) Hasnain Masoodi, is better.

After his election to the House in 2019, Masoodi has participated in 82 debates, which is above national average and state average.

In the past three years, he has asked 29 questions, which is lower than national average and state average.

Masoodi’s attendance is better than his incumbent colleagues from J&K. He has attended 86 percent of the House.

Jugal, who represents the Jammu Lok Sabha seat, has asked 188 questions and participated in 45 debates.

He has registered 87 percent attendance. (KNO)