People’s Alliance to “fight for restoration of pre-August position” 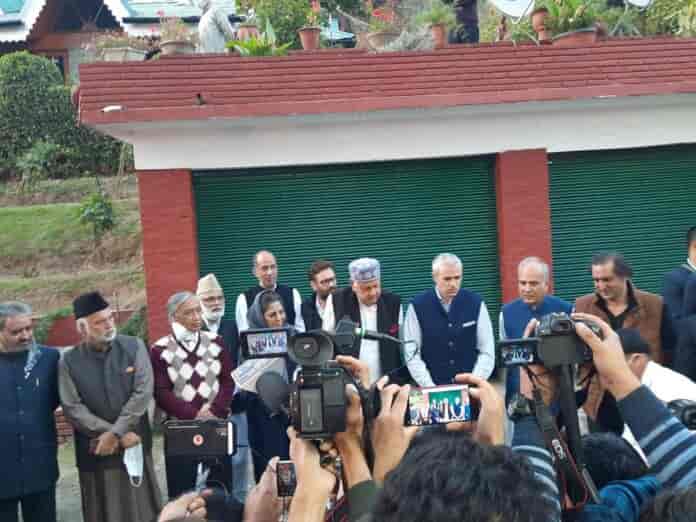 Soon after the meeting concluded, Farooq, who is three-time chief minister and incumbent parliamentarian said that the resolution passed on August 4 last year by the mainstream political parties in the Valley has been named as “Peoples’ Alliance for Gupkar Declaration”.

Talking to the media persons, Farooq, who was accompanied by Mehbooba Mufti, Sajad Gani Lone, Muhammad Yousuf Tarigami and others, said that today a meeting was held on Gupkar declaration and “we decided to name the resolution as Peoples Alliance for Gupkar Declaration. Our motive is to fight for the restoration of August 04, 2019 position.”

Mr. Abdullah also stated that the signatories will also fight for the rights that were snatched last year from Jammu & Kashmir and Ladakh. “We also want that the steps be taken for the resolution of Kashmir issue and all the stakeholders should be taken on board in this regard,” he added.

Farooq further informed media persons that the next meeting of the signatories will be held in coming days and the decision taken for the future course of action will be made public on the particular day.

Previous articleWill ensure governance without discrimination to all 20 districts: LG Sinha
Next articleFormer militant suffers serious injuries after shot at by unknown gunmen in Pulwama