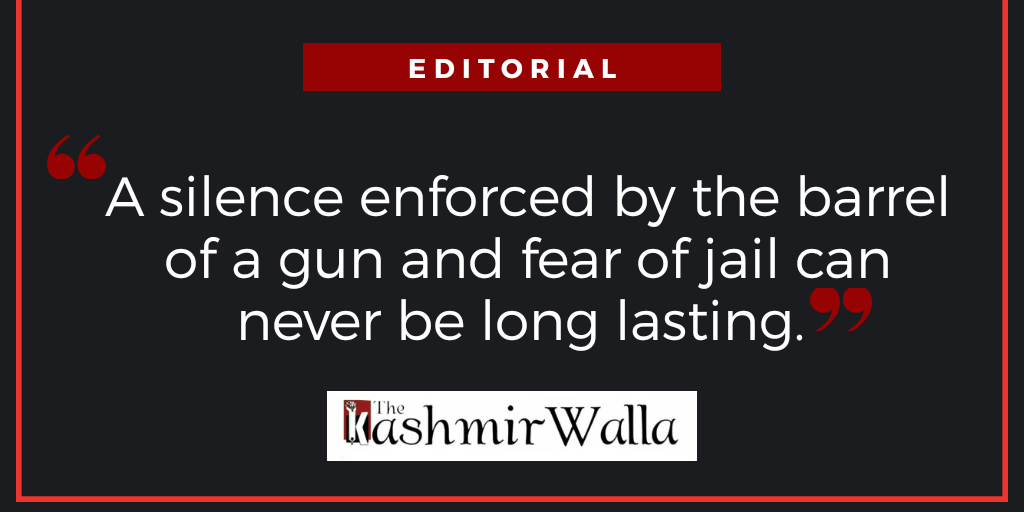 It was around this time last year when the Bhartiya Janta Party government revoked partial autonomy of Jammu and Kashmir and downgraded it into two union territories ruled directly by New Delhi. The decision was announced only after Kashmir was put under a strict military lockdown, a complete communication blackout and a crackdown in which thousands were interned. For the first time in recent history, the government crackdown wasn’t limited to separatists alone.

Within hours, the entire mainstream structure which included three former Chief Ministers, scores of former ministers and ex legislators were rounded up. Though the lockdown was subsequently eased, life has not returned to normal. The likelihood of return of normalcy also seems remote.

The new government structure that was put in place after 5 August last year has made its priorities clear and are singularly focussed on implementing the larger idea behind the decisions taken on 5 August last year. Once the J-K was formally reorganised into two Union Territories, the administration has issued scores of new policy decisions and introduced new laws.

These measures and the haste in which they are taken clearly exhibits that the central theme of the government’s plan is to lay a mechanism for speedy demographic change in the erstwhile state aimed at altering its Muslim majority complexion. The last one year has seen a regular stifling of press freedom, disregard towards every aspect of civil rights and choking of all political space. The disempowerment of J-K’s majority is already evident.

The COVID-19 pandemic that arrived in Kashmir four months ago has added to the woes of the beleaguered population. The economy that was devastated by the lockdown imposed in August last year was decimated by the widespread curbs imposed ostensibly to halt the spread of this virus.

The public restlessness is no longer limited to Kashmir. The discontent is spreading in Jammu where people have started understanding the political, social and economic costs of the abrogation of special status of J-K. The government’s measures like the recent bulldozing of homes of a particular community in Jammu too has caused tensions.

This relentless effort to enforce a silence, criminalise dissent, stop media, disallow any political and social activity on ground can only ensure peace of a graveyard. A silence enforced by the barrel of a gun and fear of jail can never be long lasting. New Delhi needs to review its approach towards Kashmir and rethink its plans to enforce demographic change in J-K. Such policies have not succeeded to resolve conflicts and bring peace anywhere in the world. They only further complicate the situation.