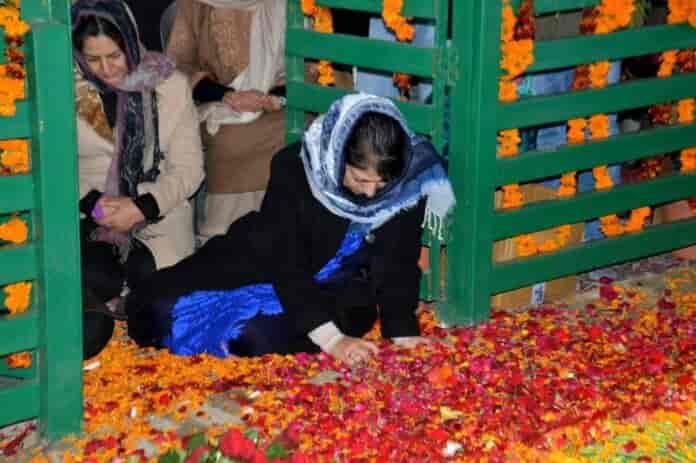 On Wednesday, the People’s Democratic Party (PDP) paid rich tributes to party founder Mufti Mohammad Sayeed on his fifth death anniversary. Sayeed died on 7 January 2016 at All India Institute of Medical Sciences (AIIMS) hospital in New Delhi after being admitted there briefly.

Highlighting the role of Sayeed, party leaders including Ghulam Rasool Shaheen, Haji Ghulam Mohammad Mir, Abdul Majeed Larwy, and youth leader Afaq Ahmad among others recalled that the party founder had an amicable demeanor and enormous courage to take on varied challenges during his six-and-a-half decade long political career.

In a condolence meeting held at Ganderbal, they underlined that Sayeed rejuvenated the hope for peaceful Jammu and Kashmir as he took a series of confidence-building measures. They said Sayeed made strenuous efforts in making peace an inseparable feature of Jammu and Kashmir. Even towards the last days of his life, they recalled that Sayeed gave utmost priority to his people.

The leaders called for taking forward the Sayeed’s mission and urged people to strengthen the party at all levels. They also underlined that there was a need to promote young leaders and hoped that the party leadership will take the necessary steps to realize the endeavor in line with the mission of Sayeed.

While praying for peace to the departed soul, the leaders underscore that bereavement was not restricted to party President Mehbooba Mufti but the entire PDP family. (GNS)